“I know it’s a catch 22 situation for the captain, but I am fine with MS Dhoni’s decision. Ultimately, it’s the team, which is more important than any individual. I believe that our cricket culture has matured and we are not cribbing about why a local player is not part of a playing XI. Isn’t India’s win more important than the Hyderabad representation?” Raju was quoted as saying by MiD-DAY.

India is playing their second Test at Hyderabad against Australia, starting on Saturday after winning the first Test at Chennai by eight wickets.

Raju suggested that the Hyderabad pitch is much better than Chennai.

“This pitch here will be better and different from the one in Chennai, but the team batting first will have an advantage,” said Raju.

Raju, who was part of India’ famous spin trio – Anil Kumble, Rajesh Chauhan and himself, will soon be seen as a development officer of the Asian Cricket Council and shall be seen traveling to places like UAE and Thailand.

“It will be different from coaching. It’s more like a managerial role that involves looking after the infrastructure and development work in associate countries,” said an excited Raju. 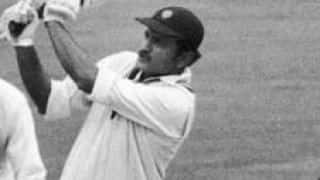