It's been two years since left-arm pacer Mohammad Irfan last turned out for Pakistan and at 36, he's aiming for an international comeback.

It’s been two years since left-arm pacer Mohammad Irfan last turned out for Pakistan. Fitness issues and the arrival of younger crop of pacers who subsequently made their cases with impressive performances meant the 36-year-old fell off the selector’s radar.

Since making his Pakistan debut in 2012, Irfan has played four Tests (10 wickets), 60 ODIs (83 wickets) and 20 T20Is (15 wickets). During his time away from international cricket, Irfan has turned out for various T20 leagues and simultaneously worked on his fitness. Having impressed on both the fronts, he’s now aiming for a comeback.

“I was never dropped from the team on the basis of performances, instead it was my fitness issues due to which I am out of national squad,” Irfan was quoted as saying by The Nationa on Thursday. “But thanks to Almighty, I am recovered now and fully fit to deliver for the national team. My performances in the domestic circuit and international leagues are good enough to prove my claims.”

Irfan has said he’s determined to prove himself again. “I am fully fit and available for selection. I promise I won’t let down the team and nation, instead I will try my best to spearhead bowling and will destroy any given batting order. I am determined to prove my worth once again,” he said.

Under coach Mickey Arthur, the focus has been to give chance to youngsters and improving the fitness level of the team. While Irfan has backed the move, he has called for maintaining a balance saying the experience a senior player brings to the mix is irreplaceable.

“I have been playing cricket for last several years and whenever I was given opportunity, I not only pressurized the opponents through my sharp bowling but also took wickets at the time of need. I think the current coach has adopted the policy of providing opportunities to youngsters, but he should also keep in mind that there is no comparison and replacement of senior players.

“Look what Shoaib Malik has been doing single-handedly for the team during the Asia Cup. If a veteran like him in the team haven t included in the national team, it could hardly manage to post decent scores. The selectors and team management must understand the importance of balanced team, which should be blend of experience and youth,” he said. 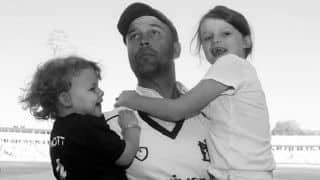 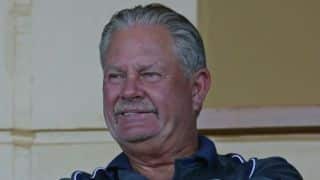