I don't take the opportunities I get for India A for granted: Shahbaz Nadeem

I don't take the opportunities I get for India A for granted: Shahbaz Nadeem

Left-arm spinner Shahbaz Nadeem struck with precision in the Duleep Trophy game for India Red against India Blue in the second league fixture of the tournament yesterday in Dindigul and took 5/53 to kick-start the domestic season of 2018-19. Nadeem has played well in the Ranji Trophy for Jharkhand over the last 14 years he has been representing the state side. He has taken a prolific 370 wickets in 98 first-class games at a good average of 29.72 with 15 five-wicket hauls and three match-hauls of 10 or more wickets.

Especially, the left-armer was on a roll of sorts with 50-plus wicket bundles for Jharkhand in the Ranji Trophy of 2015-16 & 2016-17 (51 & 56 wickets respectively, in chronological order). He has been in contention for a spot in the national squad for quite some time now, being a veteran of sorts on the domestic front. While it has been a rather long wait which might turn people astray at times, Nadeem has learnt to see things philosophically and is not afraid to wait for his chances.

To play for India, just performing alone isn t enough. You have to see whether the place you are fighting for is empty. There are many players who have taken dozens of wickets in domestic cricket, but haven t got a chance to play for the country. Hopefully, it doesn t happen with me (laughs), said Nadeem speaking to The Hindu.

With India’s leading left-arm spinner in the current times, Ravindra Jadeja doing well in the opportunities that he has got with India, Nadeem has had to wait but he is still determined to perform at the first-class level to get noticed.

Only thing I have to do is continue performing and keep taking wickets. That is what I have to concentrate on. As a player, you know that they are looking at you. It keeps you motivated that you are being watched.

Nadem has been a regular on the IPL circuit with his franchise Delhi Daredevils over the past six seasons now, but has had limited opportunities to play there. When asked about whether limited opportunities have been a hindrance in him being called up to the national squad, Nadeem nodded but said his focus is on the longer version he wants to prove himself on the first-class level more than anything else as of now.

Yes a good IPL can propel you into the national team. But in the IPL, I have just played 6-7 matches in the last couple of seasons. However, the selectors have told me that they are looking at me for the longer version. So if I have to get a chance in Tests, I have to do well in all four-day matches so that s my focus, he said.

I got my first India A call-up in 2013 and I have been a regular for the last two years. But even now, whenever I play for India A, I am very excited because I know it is just a step away from the senior team. I have that pressure to perform so I don t take it for granted, he added. 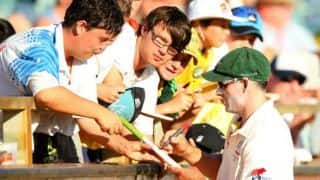 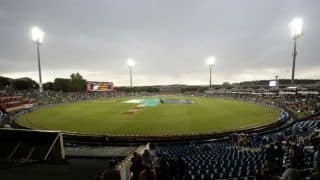