Imam Ul Haq has accepted he will never be able to escape from the fact that he is the great Inzamam Ul Haq's nephew.

Imam-Ul-Haq has accepted he will never be able to escape from the fact that he is the great Inzamam-Ul-Haq‘s nephew and no matter how well he performance, he will always carry the tag of nepotism along. Since his debut in 2017, Imam has played 36 ODIs, in which he’s averaging over 50, but has time and again been held responsible for Pakistan’s poor returns.

One of the many things Inzamam achieved during his stint as Pakistan’s chief selector, the decision to bring his nephew into the set-up is one that has been widely debated, and Imam understands he may never be able to shake it off.

I don’t think it will change, unfortunately,” Imam told The Cricketer. “People will never accept me. That’s what I think. I will be very pleased if people were to accept me as Imam-ul-Haq and not as someone’s nephew.

“People think he [Inzamam] instructed Mickey Arthur to select me. They forget that we are living in 2019, where the media is everywhere. I can’t be here without my performances. I would be exposed in two minutes. They don’t see that I’ve gone through the process. But they see that I’m a nephew of Inzamam and they believe that they have the right to bash me.”

Inzamam’s stint came to an end in July after the World Cup, where he explained Imam’s selection. He revealed that it was former Zimbabwe allrounder and Pakistan’s batting coach Grant Flower who monitored Imam and informed Inzamam’s of his progress. Inzamam added that when it was the decision to pick Pakistan’s squad, he decided to step back and let others decide about Imam.

“They don’t think that when I have two failures in a row, I have a hell of a lot of pressure. Other players are under pressure, but my pressure is immense. After two failures, I know that people will forget everything that I have done for Pakistan.”

The Pakistan opener further landed in controversy after a Twitter user shared Imam’s personal WhatsApp chats, allegedly of him having multiple affairs and cheating on girls. The user leaked his WhatsApp chats with several girls alleging that the cricketer had exploited them. While the original tweets were deleted, the screenshots went viral, after which Imam apologised for all that had transpired.

However, Imam admits to have moved on from the episode, confident of not letting nepotism hold him back.

“I’m a different Imam-ul-Haq to what I was. Now I don’t care what people say. I know what I’m doing and what I have to do and what I have to work on. I don’t fear failure. They will come. It is cricket. How to learn from your mistakes is the most important thing,” Imam said.

“It has been two years and the people criticising are still the same. I know they won’t change. They won’t change their perspective they think it’s fun, but it’s not. It’s my career.”

Pakistan are yet to playing their first series – against Sri Lanka – after the World Cup, where they couldn’t make it to the semifinals and a tournament in which Imam scored 305 runs from eight innings. Pakistan’s initial performance, including the defeat to India, led to widespread criticism of the players but Imam requested the fans to keep their faith intact.

“I cry a lot when Pakistan lose. If people criticise Babar Azam or Yasir Shah or Mohammad Amir, it hurts me. I know how difficult it is to be in this team, the difficulties we have to suffer to be here,” he said.

“I know people love us. When we win, they are out of this world. But we have to concentrate on the fact that it is just a game. Not a war. I just want to tell the Pakistani people that I love them. That whatever they say, I will take it and I will try and make them happy.” 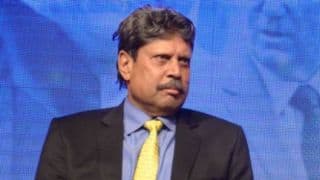