Slapped with a one-Test ban last week, South Africa pacer Kagiso Rabada has apologised for his actions although the 24-year-old was left surprised by the severity of the punishment. Rabada received a demerit point for screaming on the pitch after dismissing captain Joe Root during England’s third Test against South Africa.

Due to the ban, South Africa, who lost by an innings and 53 runs in the third Test and trail 2-1 in the series, will be without Rabada for the final Test starting Friday. With one match to go, South Africa cannot win the series but would hope to put their best foot forward in the absence of their frontline seamer.

“It was something I didn’t expect,” Rabada said on Tuesday. “Whether it was the right thing to ban me or the wrong thing, the reality is that I’m banned.

“It cannot keep happening because I’m letting the team down and I’m letting myself down. That’s why it hurts so much but it gives me a chance to work on my game and a chance to have a bit of a rest.”

After dismissing him for 27 in the first innings of the ongoing third Test, Rabada ran down the wicket and screamed into the ground. Although he did not make any obscene or inappropriate comment, but having already received a warning for a similar celebration, the demerit point was handed for dealing batsmen send-offs. The ban was imposed by match referee Andy Pycroft.

At the end of the day’s play Rabada accepted the offence and accepted the sanction handed by the match referee.

“We haven’t done ourselves any favours, it feels as if we are always chasing,” he added. “We’ve played long enough to know how to get out of a slump but it’s difficult. There is more pressure, we just have realise our strengths and trust our ability and play the way we know how.”

This isn’t the first time Rabada has been punished for disciplinary issues. In March 2018, he narrowly escaped a two-Test ban for almost running into Steve Smith. He was initially handed a three-match ban, which after appealing against, was reduced to one demerit point. With another demerit point, Rabada is now guilty of a level-one offence, which cannot be appealed, leaving him out of the Wanders Test. 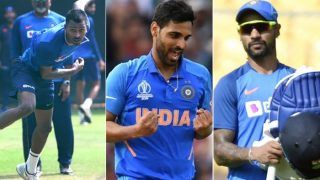 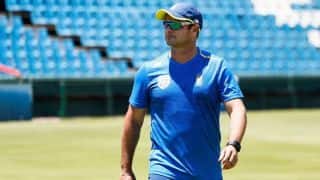