India offspinner Ravichandran Ashwin has expressed his disappointment after International Cricket Council (ICC) suspended Zimbabwe Cricket. On Thursday, at its governing council meeting in London, ICC made the decision as ZC failed to ensure no interference of government in running of the sport in the country. The move has effectively ended the career of current Zimbabwe cricketers.

Sikander Raza spoke of the fear and insecurity gripping Zimbabwe’s cricketers while allrounder Solomon Mire went on to announce his retirement after “a week of emotional highs and lows”.

Ashwin sympathised Raza saying the news is “extremely heart-breaking” and that he’s praying for the glory days of Zimbabwe cricket to return as soon as possible.

“Extremely heart breaking news for all Zim cricketers and their fans, reading the tweets of @SRazaB24 just shows the agony of cricketers and how their life’s have been taken away from them. I pray that the lovely cricket nation returns to its glory asap! #ZimbabweCricket” Ashwin posted on his Twitter account on Friday.

Zimbabwe will no longer be eligible to receive funding from cricket’s global body and its representative team will be barred from participating at the ICC events.

“The ICC Board unanimously decided that Zimbabwe Cricket, an ICC Full Member, is in breach of Article 2.4 (c) and (d) of the ICC Constitution which imposes an obligation on Members to provide a process for free and democratic elections and to ensure that there is no government interference in its governance and / or administration for cricket respectively,” read a statement from the ICC.

“As a consequence of suspension, ICC funding to Zimbabwe Cricket will be frozen and representative teams from Zimbabwe will not be allowed to participate in any ICC events. The ICC has directed that the elected Zimbabwe Cricket Board be reinstated to office within three months, and progress in this respect will be considered again at the October Board meeting,” it added. 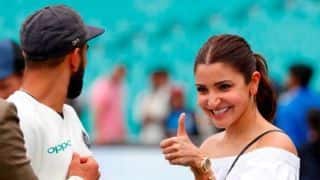 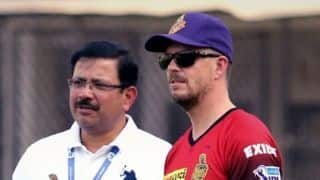