Pant has grabbed his opportunities in the recent past. Former Indian wicket-keeper batsman Saba Karim sees a lot of signs of MS Dhoni’s captaincy in Rishabh Pant. Pant was handed over the captaincy baton by Delhi Capitals in the Indian Premier League after Shreyas Iyer was ruled out with a shoulder injury.

Pant had led DC to six wins in the eight matches they played and the team was at the top of the points table before the tournament was indefinitely postponed by BCCI.

Meanwhile, former Pakistan skipper Salman Butt and ex-BCCI selector Kiran More had recently stated that they see Rishabh Pant as the future captain of the Indian team but Karim feels it is too early to comment on the same as the wicket-keeper batsman has a long way to go.

“I feel it is too early to decide if Rishabh Pant can captain India in the future or not. He has the potential, the way he bats, he captains almost in a similar manner. He has a different style, which makes you happy seeing that,” Karim said during a discussion on India News.

“He has a refreshing attitude towards the game, he wants all the players playing with him to enjoy. I see a lot of signs of MS Dhoni’s captaincy in him, both in his attitude and his decision-making. He is an instinctive captain,” Karim added.

“But I feel it is necessary for Rishabh Pant to make his place more secure in all three formats. I feel there are still a couple of grey areas in T20s where he will have to work hard,” he further said. 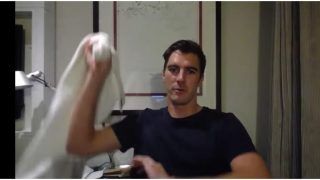 Australian Bowlers Use Towels For Practice in Quarantine 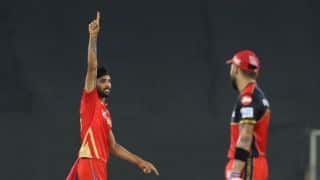