On January 14, 1988, 18-year-old Indian leg-spinner Narendra Hirwani took eight wickets on debut to bundle out the West Indies for 184 at Chennai in the first innings and then scalped eight more in the second innings the next day. 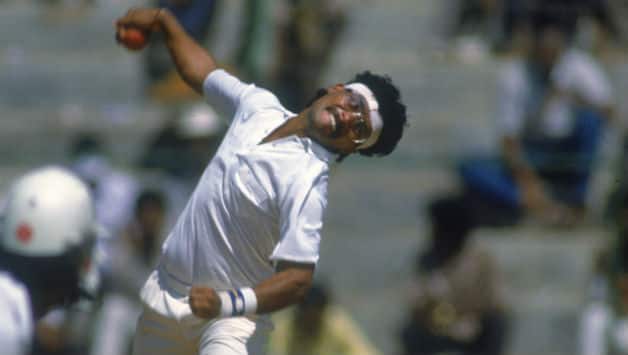 On January 14, 1988, 18-year-old Indian leg-spinner Narendra Hirwani took eight wickets on debut to bundle out the West Indies for 184 at Chennai in the first innings and then scalped eight more in the second innings the next day. Hirwani’s analysis of 16 for 136 created history, beating Bob Massie’s 16-year-old record by one run.

Twenty-five years later to the day, Hirwani hasn’t forgotten that remarkable feat. Reflecting upon the day, he told the Times of India, “Time flies. How can I forget that moment? When I went to join the squad, nobody was there at the airport except for a few friends but when I returned after the match, there were around 5,000 people.

It was then that I realized that I had done something big.”

Out of the 16 wickets, one remains special for Hirwani.

“I remember each of my 16 wickets but the most memorable one was that of Viv Richards in the first innings. I had heard about him but I had only seen him on TV till then.

“But on Day Two, I saw the great man himself. I was excited to bowl to him. I was confident of getting him out. There was a rest day after two days and [I] told my roommate Chetan Sharma that “Iska danda nikalunga (I will uproot his stumps).

I was feeling confident after picking up three wickets,” he said.

“My captain Ravi Shastri had told me to concentrate on [bowling] leg-breaks and googlies and not to try too many things on Day Two. I didn’t bowl a single flipper to Richards that day but I was planning to try it on Day Three. It came faster than Richards anticipated and [he] was clean bowled,” Hirwani added.

Former India wicketkeeper Kiran More, who was behind the stumps in that match, also recalled Hirwani’s heroics.

“He surprised the Windies batsmen with his variations. I remember on the flight back home, Bollywood actor Jaya Prada had come up and congratulated him for his feat. He definitely deserved to play more than the 17 Tests he featured in.

“That’s destiny for you. He was a quality bowler, said More.

Hirwani said he was overwhelmed by the congratulatory messages coming in from Bollywood.

“Those five days were like a dream. I couldn’t believe [it] when I saw Dharamji [Dharmendra]. Later, [the] hotel staff prepared 16 cakes for me,” said Hirwani.

Hirwani’s career was cut short by the arrival of a certain Anil Kumble. However, Hirwani said he never considered Kumble as his competitor.

“In fact, I wanted to bowl alongside him. But [the] mindsets were different then. Unlike today, we didn’t have two leggies or two offies in the playing XI those days.

The team could have benefitted as I believe that [sic] I became a better bowler after 1992. I took six wickets against New Zealand in 1994 in my first comeback match in Cuttack. I am happy with what I achieved during my career. I thoroughly enjoyed the journey,” he said.

Asked whether he wants his record to be broken, Hirwani said he would prefer if it were an Indian. “I would be happy if any Indian breaks this. I would be happier if any MP bowler achieves this feat.

[I would be] Even happier if anybody from Indore does that [sic] and the happiest if my son breaks that [sic] (Hirwani’s son Mihir, also a leg-spinner, plays for Madhya Pradesh’s Under-19 team).”