I was emotionally low that night and that was the closest I came to giving up the job.

England captain Alastair Cook has revealed that during he was on the verge of quiting the Test captaincy after the Headingley Test match played against Sri Lanka earlier in June. Cook had a tough time after high criticism from Shane Warne.

“Then at Headingley we conspired to have one of our worst of all days on that fourth day. I was emotionally low that night and that was the closest I came to giving up the job. I was emotionally raw and in a bad space and I was questioning myself. As I later did at Lord’s after India, too, ” told Cook in an interview with Dailymail.co.uk.

“But I can’t tell you how proud I am to be England captain. I genuinely mean it. The honour that has been bestowed on me is an incredible one and all that I’ve gone through this year will define me. That sits easy with me now and if it gets taken away from me I know I’ve thrown everything into the job.”

“I could live with it now but I don’t think I would have dealt with it too well if it had happened during the summer because I wasn’t in a great spot. I came through it, we won that series and I firmly believe I‘ve got more to offer the leadership role for England, in both forms of the game for the moment. I feel that stability is very important and things take time to evolve.”

“The one-day series was a blow and it shows how much work we’ve got to do before the World Cup. But absolutely we can still win it,” added Cook. 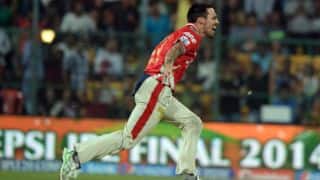