I wish it had been an India-Australia final: Alyssa Healy

I wish it had been an India-Australia final: Alyssa Healy
By CricketCountry Staff

Australia’s Alyssa Healy wanted to face India in the recently concluded 2018 ICC Women’s World T20 final which her team went on to win for a record-extending fourth time.

The 28-year-old wicketkeeper-batter was the top-scorer of the tournament, hitting 225 runs in five innings at an average of 56.25. For her performance, she was named as the Player of the Tournament.

Australia lost their only match of the tournament against India, the last fixture of Group B and Healy would’ve loved to avenge that defeat. “I wish it had been an India-Australia final. It would have given us a chance to avenge our loss,” The Times of India quoted Healy as saying.

Healy practised with the Australian men’s team on Wednesday in Adelaide as they geared up for the first Test against world’s top-ranked India.

She is also keeping track of the ongoing controversy that erupted after senior India batter Mithali Raj was dropped for the semi-final clash against England.

Mithali complained of being ignored by the team coach Ramesh Powar during the tournament. Powar alleged that Mithali was throwing tantrums after being asked to vacate the opener’s slot threatening to retire midway through the WWT20.

“Yes, I have been following the reports. As a senior player I feel for Mithali. She is a very good player. The matter needs to be resolved soon,” Healy sympathised for veteran India cricketer. 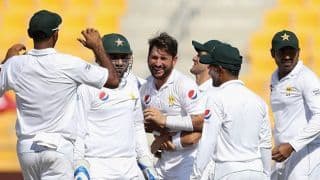 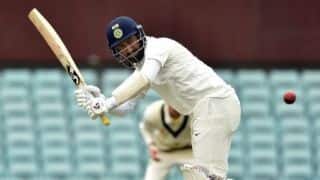 India vs Australia: Cheteshwar Pujara gets to 5000 Test runs