Ian Botham believes the new tournament, due to start in 2020, could compete with the other popular franchise leagues.

England great Ian Botham has backed controversial plans for a new city-based 100-ball competition despite widespread criticism from within the game.

The former all-rounder believes England and Wales Cricket Board chairman Colin Graves is right to press ahead with the Hundred concept in the hope that it can match the global appeal of the Indian Premier League and Australia’s Big Bash, both played under Twenty20 rules.

But the Durham chairman s comments are in contrast to those of other current players, including his county’s captain Paul Collingwood, who led England to their World Twenty20 victory in 2010 and believes a bigger effort should be made to exploit the existing competition, the T20 Blast.

Botham believes the new tournament, due to start in 2020, could compete with the other popular franchise leagues.

The game has to move on, he said. I think we re in danger of diluting the red-ball game too much and going down the one-day road, but that’s what the public wants at the moment and we’re trying to do something different.

No one’s agreed anything yet regarding the new competition so we’ll have to wait and see how it all falls into place. But we needed a competition in England to compete with the Big Bash and the IPL — everyone else has one and we’ve been slow to pick up on it.

Botham was speaking at a ceremony to mark the renaming of a pavilion at Durham’s ground in honour of Collingwood.

Collingwood challenged the assertion, made by Graves last week, that young people are not attached to the sport.

If you took that survey around the northeast it wouldn’t be very accurate, he said. But they’ve been out there, they’ve done the surveys and they’re saying it needs to be grown, so you’ve got to take their word for it.

If the T20 game was marketed well in England, I think it would bring the crowds in and bring in a new audience, he added. But who is to say this ‘Hundred’ competition isn’t going to be bigger and better? We’ll just have to wait and see. 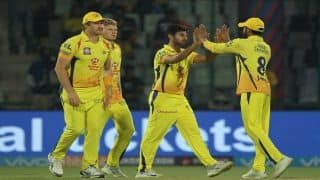