Jim Botham, the grandson of England cricket great Ian Botham, is set to make his representative international debut -- but in rugby union and for Wales.

London: Jim Botham, the grandson of England cricket great Ian Botham, is set to make his representative international debut — but in rugby union and for Wales. The flanker has been selected to play for Wales Under-18 against Scotland Under-18 St Helens ground in the south Wales town of Swansea on Friday. It is a venue his famous grandfather knows well, the legendary all-rounder having played county cricket there for Somerset against Glamorgan. Jim Botham was born in Wales while his father Liam Botham was playing for the Cardiff rugby union team. Liam spent three years with the Welsh capital side from 1997-2000. ALSO READ: England Women beat West Indies by 1 wicket in Group B at Dharamsala to reach semi-finals of Women’s T20 World Cup 2016

Unlike his father, he never gained full international honours but did play for England Under-21s. However, the 38-year-old Liam did surpass his father in one respect by playing three sports professionally — rugby union, rugby league and cricket, although his stints in the latter two were relatively short-lived.

Away from cricket, Ian Botham made 11 appearances as a non-contract player for English lower league football side Scunthorpe United between 1979 and 1985. Although he has been picked to represent Wales Under-18, Jim Botham is a pupil at the fee-paying Sedbergh School in Cumbria, a renowned English rugby union ‘nursery’.

Among Sedbergh’s list of famous ‘old boys’ are former England captain Will Carling and Will Greenwood, a member of the England side that won the 2003 World Cup.

Speaking of cricket, former champions England and Sri Lanka will play the Match No. 29 of the ICC World T20 2016 in the Group 1 match at Feroz Shah Kotla Stadium, Delhi on Saturday. 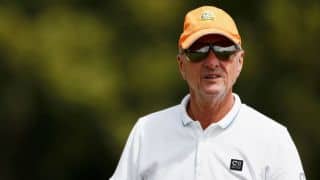 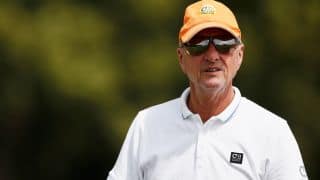