Manjrekar claimed that according to him Ashwin is not in the category of all-time greats as he doesn't have an extraordinary record in SENA countries.

Legendary Australia cricketer Ian Chappell expressed his disagreement with Sanjay Manjarekar’s recent comments regarding Ravichandran Ashwin. Manjrekar claimed that according to him Ashwin is not in the category of all-time greats as he doesn’t have an extraordinary record in SENA countries. The ace India spinner failed to claim a five-wicket haul in South Africa, England, New Zealand and Australia and Manjrekar feels his stats are pulling him back in the category.

The former India cricketer turned commentator, said that Ashwin counterpart Ravindra Jadeja has matched the same level with his bowling performances. While he also emphasized on the England Test series earlier this year, where Ashwin claimed 32 wickets in four Tests while his spin partner Axar Patel picked 27 wickets in 3 Tests.

Chappel, who was present in the same panel discussion, cited the example of Joel Garner and his stats in Test cricket and hailed Ashwin’s abilities as a spinner.

“I would like to make a couple of points there — if you look at Joel Garner, I mean how many five-wicket hauls Joel Garner has? Not many, when you consider how good he was and his record. And why, because he was performing with three other very, very fine players. And I think, particularly of late, I find that the Indian attack has been so strong that the wickets are being shared around more. And the other point I would make is because of Ashwin’s reputation I think the England players probably concentrated more on keeping Ashwin out and with Axar Patel, well, let’s be blunt about it, they didn’t have a bloody clue,” Chappell said on ESPNcrincinfo.

The former Australian great further said that Ashwin is a better bowler than Nathan Lyon as the latter failed to restrict the right-handers to score runs against him. 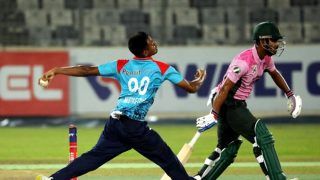 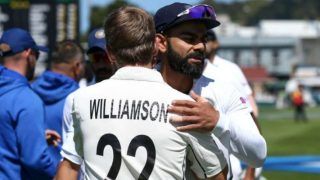