According to Healy, the problem of sledging has penetrated from international cricket, all the way down to club cricket.

A prominent feature of Australia matches during the 90s was the echoing of the shouts of “bowling Warnie” by Ian Healy. However Healy is not a big fan of what he describes as “excessive white noise”.

According to Healy, the problem has penetrated from international cricket, all the way down to club cricket. When his son Tom, was playing junior cricket working his way through the ranks, Ian Healy was a regular junior cricket attendant. Healy doesn’t admire the habit of “incessant talk” Sydney Morning Herald reported. He goes on to say to The Tonk “I think some coaches coach it.

Keep the noise up so there’s a whole lot of bloody crap going on. Too often it’s just general nonsense, excessive nonsense and chat rather than being constructive.”

Healy once told his son “you can’t say that, let him play,” on hearing his son welcoming a new opposition batsman to the crease by asking his team mate to “knock his bails to NSW.” When asked about his constant encouragement of Warne, he replies that it was relevant since Warne was always bowling well. 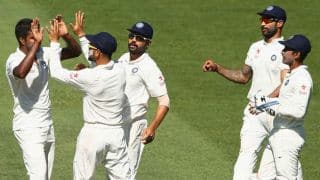