The World Test Championship with kickstart with the 2019 Ashes.

The Ashes between arch rivals England and Australia will kick off the mammoth new World Test Championship in July next year, according to a world governing body schedule released Wednesday. The nine top-ranked sides in the world will compete in the new tournament, with each side playing six series on a home-and-away basis against mutually selected opponents in a two-year cycle.

The 5-Test Ashes will kick off the first championship in July next year, with the top two teams to square off in a June 2021 final. Other Test series in the programme include the West Indies’ 3-Test tour of India and New Zealand hosting Sri Lanka, both in July, while the last league game will be in April 2021 with the West Indies visiting Sri Lanka.

Meanwhile Pakistan, who start their Test championship journey in October next year in Sri Lanka, have not been given a series against India amid growing political tensions between the two countries. South Africa will kick-start their campaign in India in October 2019.

ICC gave its nod to the Test championship last year as part of measures to boost the flagging fortunes of the traditional five-day format beloved of purists but with often lacklustre spectator and television viewer numbers. ICC chief executive David Richardson called it a “genuine solution that gives fans around the world the chance to engage regularly with international cricket that has meaning and the possibility of a global title at the end”.

The new Future Tours Programme (FTP) released by the ICC features all series and tournaments of Test, ODI and T20Is for the 2019-2023 period. New Test entrants Ireland and Afghanistan will play against each other in February next year and go onto play 12 five-day games each between 2019 and 2022.

Afghanistan have matches scheduled at their home base India and away against Australia, while Ireland will host New Zealand and travel to England.

The 12 Test-playing nations and the Netherlands will also participate in a 13-team one-day international League that will act as a qualification pathway for the 50-over 2023 World Cup.

Hosts India along with the seven highest-ranked sides in the ODI league at the end of March 2022 will directly qualify, while the bottom five sides will get a second chance to enter through qualifiers. 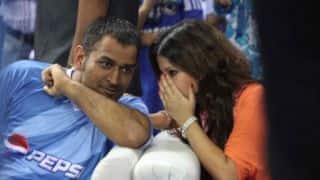