The ICC has made public the schedule for major cricket events up till the year 2019.

The International Cricket Council (ICC) has made public the schedule for ICC events up to the year 2019. The ICC World T20 2016 will be hosted by India. The tournament will run from March 11 to April 3. The decision, among others, was made during a Board meeting, held in Dubai on Thursday.

The hosting rights of the ICC World Cup 2019 have been awarded to England and the ICC Champions Trophy 2017 along with the ICC Women’s World Cup 2017 will be staged by the same hosts. The Under 19 World Cup 2016 will be hosted by Bangladesh, while New Zealand has been awarded rights to the 2018 version of the juniors tournament.

West Indies will host the ICC Women’s World T20 2018. Bangladesh has also been awarded hosting rights of the ICC Cricket World Cup Qualifiers 2018. The ICC World T20 Qualifiers 2015 will be hosted by minnows, Scotland and Ireland.

Holding its first meeting of the year at the ICC headquarters, which was chaired by N Srinivasan and presided by Mustafa Kamal in the presence of all the full-member and associate representatives, the board took some major decisions and issued quite a few directives to the cricket world. 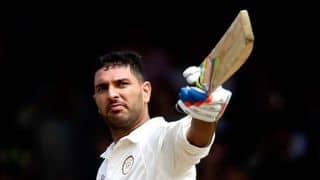