The board will discuss pending matters related to the ICC World Cup 2015.

The International Cricket Council (ICC) Annual Conference week will begin in Melbourne on June 24 with the Associate and Affiliate Members’ meeting at the Melbourne Cricket Ground (MCG), and will conclude with the IDI Board meeting on June 28.

ICC and IDI Board meetings (Thursday-Saturday)

The key issues on the agenda of the meetings will include:

— Amendments to the ICC’s Memorandum and Articles of Association, as discussed and agreed by the ICC Board in Singapore on 8 February, including the appointment of the new ICC Chairman

— Recommendations on cricket and development matters from recent committee meetings

The staging of the Conference is being supported by Cricket Australia (CA), the Government of Victoria and the Melbourne Cricket Club. Melbourne is one of the host cities of the ICC Cricket World Cup 2015, with the final set to take place at the MCG on 29 March next year. 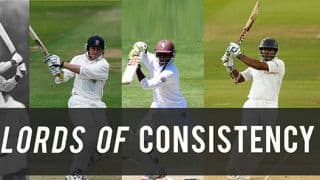