The ICC on Monday gave its seal of approval to the day/night Test matches while leaving the member Boards to decide on the type and colour of the ball to be used, as it announced new playing conditions for Tests, ODIs and T20 Internationals ahead of Sri Lanka-New Zealand series beginning tomorrow.

The ICC on Monday gave its seal of approval to the day/night Test matches while leaving the member Boards to decide on the type and colour of the ball to be used, as it announced new playing conditions for Tests, ODIs and T20 Internationals ahead of Sri Lanka-New Zealand series beginning tomorrow.

Some countries, including Australia and England, have been experimenting day/night Test matches for some time and with the ICC’s decision today, the longest format of the game may be held under lights very soon.

“Participating countries may agree to play day/night Test matches. The home and visiting boards will decide on the hours of play which will be six hours of scheduled play per day while the two boards will also decide on the precise brand, type and colour of ball to be used for the match,” the ICC said in a statement.

The world body announced a slew of changes in the playing conditions, including powerplays, fielding restrictions and short-pitched deliveries in the ODIs, Decision Review System (in Tests and ODIs), no-ball, dead ball, over-rates, applicable in all the formats and changes in One Over Per Side Eliminator in T20Is.

“The new playing conditions for Tests, ODIs and Twenty20 Internationals will come into effect with the series between Sri Lanka and New Zealand, which starts in Pallekele on Tuesday 30 October. The amendments have been approved by the ICC Board following proposals made by the ICC Cricket Committee at its meeting in London in May,” it said.

Under the new playing conditions, there would be two blocks of Powerplays in an ODI, instead of existing three.

“In an uninterrupted innings, the first Powerplay will be restricted to the first 10 overs with only two fielders allowed outside the 30-yard circle. The second five-over batting Powerplay (in an uninterrupted innings) will have to be completed by the 40th over and only three fielders will be allowed outside the fielding restriction area at the time of delivery,” the ICC statement said.

“In the non-Powerplay overs, no more than four fielders will be permitted outside the 30-yard circle.”

On the DRS, applicable to both Tests and ODIs, the ICC said, “Clause 3.3 (ii) of Appendix 2, which deals with LBW protocols, has been amended, margin of uncertainty applicable to the point of impact with the pad has been increased so that it is the same as provided for determining the projected point of impact with the stumps i.e. if the centre of the ball is shown to be impacting in line within an area demarcated by a line drawn down the middle of the outer stumps (and the bottom of the bails), then the decision will always be out.

“If the whole of the ball is shown to be impacting outside the line of the stumps, then the decision will always be not out. If there is anything in between, the original on-field decision will stand.

“As such, this clause will now read as follows: If a ‘not out’ decision is being reviewed, in order to report that the point of impact is between wicket and wicket (i.e. in line with the stumps), the evidence provided by technology should show that the centre of the ball at the moment of interception is in line within an area demarcated by a line drawn below the lower edge of the bails and down the middle of the outer stumps.

On the no-balls, applicable to Tests, ODIs and T20Is, it said, “A clause in Appendix, which deals with no-balls in the Third Umpire TV Replay System, has been amended. This now reads: Following any mode of dismissal that is not permitted off a no-ball and which is not the subject of an Umpire or Player Review, the third umpire shall, subject to the availability of suitable technology, immediately check the fairness of the delivery (foot-fault only).

“If the delivery was not a fair delivery, the third umpire shall advise the on-field umpire by two-way radio who should recall the dismissed batsman, indicate that the batsman is not out and signal no-ball.

“If suitable technology is not available to third umpire, then if on-field umpire is uncertain as the fairness of the delivery (foot-fault only), he shall be entitled to request the batsman to delay leaving the field and check the fairness of delivery (foot-fault only) with third umpire. Consultation with the third umpire shall be by way of two way radio. If the delivery was not a fair delivery the on-field umpire shall indicate that the batsman is not-out and signal no-ball.”

Regarding changes in One Over Per Side Eliminator in T20Is, the ICC said, “In both innings of one over per side eliminator, fielding side shall choose from which end to bowl.

Only nominated players in main match may participate in OOPSE.

“Should any player (including the batsmen and bowler) be unable to continue to participate in the OOPSE due to (an) injury, illness or other wholly acceptable reasons, the relevant Laws and Playing Conditions as they apply in the main match shall also apply in the OOPSE.

“Any penance time being served in main match shall be carried forward to OOPSE. The fielding captain or his nominee shall select the ball with which he wishes to bowl his over from the box of spare balls provided by the umpires. Such box to include the balls used in the main match, but no new balls.

“The team fielding first in the OOPSE shall have first choice of ball. The team fielding second may choose to use the same ball as chosen by the team bowling first. If the ball needs to be changed, then playing conditions as stated for the main match shall apply.”

The ICC said that the two teams can change the duration of intervals of the breaks in a Test match after approval from the world body.

“Although the duration of the lunch and tea intervals remain unchanged i.e. 40 and 20 minutes respectively (as per Clause 15.1), the host team, with the consent of the opposing side, can apply to the ICC for an approval to depart from the standard playing conditions to provide for intervals of 30 minutes each,” said the ICC.

On dead balls, applicable in all the three formats, the ICC said, “Clause 23.4, Umpire calling and signalling ‘Dead Ball’, now reads as: In a match where Spydercam is being used, either umpire shall call and signal ‘dead ball’, should a ball that has been hit by the batsman make contact, while still in play, with the Spydercam or its cable. The ball shall not count as one of the over and no runs shall be scored.”

In the T20Is, changes have been made in the over-rate time allowances.

“In addition to the available allowances under Clause 16.2 (Minimum Over-Rates), additional allowance of one minute will be given for the fall of each of the sixth, seventh, eighth and ninth wickets,” the ICC said. (PTI) 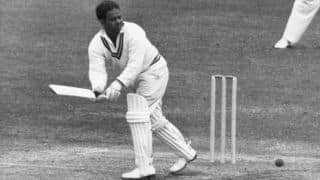