Netherlands and Nepal featured in the recent ICC World T20 2014.

In a press release sent out by the ICC, it was stated, “The ICC Board agreed to give T20I status to the Netherlands and Nepal, both of which qualified for the ICC World Twenty20 Bangladesh 2014. This means there are now eight Associate sides with T20I status,. The other six are Afghanistan, Hong Kong, Ireland, Scotland, Papua New Guinea (PNG) and United Arab Emirates (UAE) which already have T20I status by virtue of having ODI status.”

The decision comes after Nepal and Netherlands impressed at the recent ICC World T20. Though Nepal did not make it to the second round, they won hearts with a spirited performance, which saw them nearly knock Bangladesh out. They also managed a victory against Afghanistan. On the other hand, Netherlands edged out Ireland in a thrilling game and went on to beat England in the main round. They also gave South Africa a scare. 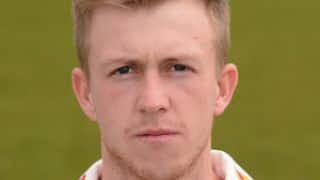