ICC CEO Manu Sawhney hasn't been attending the office for some time now and was asked to go on leave on Tuesday. Nearly two years before his term is to end, International Cricket Council (ICC) CEO Manu Sawhney has been sent on leave and may end up resigning following an internal investigation by audit firm PricewaterhouseCoopers. Sawhney succeeded former New Zealand cricketer Dave Richardson into the role following the conclusion of the 2019 ODI World Cup with his term set to end in 2022.

According to a report in news agency PTI, Sawhney hasn’t been on good terms with the influential cricket boards due to his stance on various policy decisions and his “authoritarian style of functioning” hasn’t gone down well with the colleagues.

“There have been testimonies from multiple ICC staff about his ‘abrasive behaviour’ which hasn’t been great for the morale of a very efficient group of employees,” a senior official close to the ICC Board told PTI.

The 56-year-old hasn’t been attending office for some time now and was asked to go on leave on Tuesday. The report further said that the Board of Directors are working out a formula to allow Sawhney a respectable exit from the game’s global governing body.

“The Board of Directors are trying to find a compromise formula where Sawhney leaves the post with dignity by tendering his resignation,” the source said.

His backing of interim ICC chairman Imran Khawaja for the post during the elections held last year hasn’t been a hit with a few cricket boards either. “He hasn’t exactly been a favourite of a lot of cricket boards during the past couple of years. Firstly, a lot of people didn’t like his passive involvement when Greg Barclay of New Zealand and Imran Khwaja of Singapore were in contention to replace Shahshank Manohar,” a senior BCCI source told PTI on conditions of anonymity.

Another reason why the powerful boards are unhappy with Sawhney is because of his support for the ICC’s recent decision of asking boards to bid and pay a fee for hosting events during the next cycle.

BCCI, England and Wales Cricket Board (ECB) and Cricket Australia are completely against the idea.

He also backed the proposal to organise at least one ICC flagship event every year during the next eight-year cycle from 2023-2031, which hasn’t also got the vote of the Big Three.

In case Sawhney chooses not to resign, it could lead to a long-drawn removal procedure by all-powerful Board of Directors.

“Manu also has support within the board which is now split into two factions of 9 and 8 members on each sides. To remove Manu, one would need 12 out of the 17 votes, which is two third of the Board of Directors since he came with approval of majority of the board. It will be interesting if the faction comprising ‘Big Three’ can get 12 out of the 17 votes required to remove him,” the source said.

Sawhney is a former CEO of Singapore Sports Hub and also served as Managing Director of ESPN Star Sports, a company he worked with for 17 years. He is also a non-executive director and member of the Audit Committee of Manchester United Ltd. 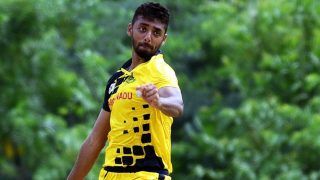 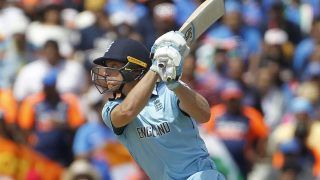