Flamboyant all-rounder Shahid Afridi will not be included in the 15-member national squad for the ICC Champions Trophy, to be held in England in June, sources claimed. 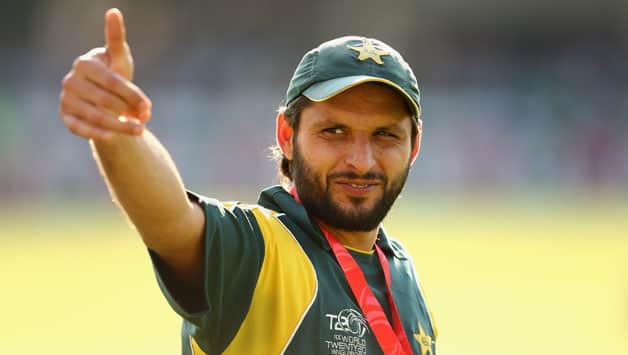 Flamboyant all-rounder Shahid Afridi will not be included in the 15-member national squad for the ICC Champions Trophy, to be held in England in June, sources claimed.

Although the national selection committee is yet to announce the final 15 but sources told PTI that Afridi has not been shortlisted for the final squad.

“Basically Afridi has been dropped and senior players such as Kamran Akmal and Shoaib Malik have also been told candidly this is their final chance to prove their worth to the team in the Champions Trophy,” one source said.

“Afridi has been sidelined mainly because he has gone wicket-less in his last few One-Day Internationals and though he played two good innings in the one-day series in South Africa the selectors feel he is not doing justice to his primary role as a bowler.”

Afridi, a veteran of 354 One-Day Internationals also struggled with his bowling in the recent national one-day championship.

The selectors held lengthy three-day deliberations in Lahore this week to discuss the Champions Trophy squad and central contracts to be given to players.

“After the lengthy deliberations the selectors have also omitted Wahab Riaz who went with the team to South Africa.”

He said the selectors had formed consensus on having Mohammad Irfan, Junaid Khan and Asad Ali in the final squad but were still deliberating on adding two more pacers or one pacer and a pace allrounder to the squad.

“Sohail Tanvir and Ehsan Adil are front runners to get the remaining two places,” he added.

The source also confirmed that the selectors had decided to have uncapped left hander Haris Sohail in the squad but were still deliberating on whether to give Umar Akmal another chance.

He, however, dismissed reports that the selectors were thinking about adding experienced batsman Younis Khan to the squad even after he was not included in the list of 30 probables announced earlier.

Cricket Australia expects Ryan Harris to get fit before Ashes