A buoyant England would eye the semifinal slot but it would be a battle of survival for Sri Lanka, after a narrow opening loss, when the two sides clash in their second Group A match of the ICC Champions Trophy 2013. A buoyant England would eye the semi-final slot but it would be a battle of survival for Sri Lanka, after a narrow opening loss, when the two sides clash in their second Group A match of the ICC Champions Trophy 2013.

The two teams have made contrasting starts to their campaign in the eight-team event, which is being played for the last time.

While England thrashed defending champions Australia by 48 runs, Sri Lanka lost by a wicket against New Zealand in a low-scoring thriller.

Going purely by how the two teams performed in their respective openers, England would start favourites tomorrow at The Oval.

And a big reason for that would be their fine batting line-up, which delivered to perfection against Australia. Most of their big guns got confidence-boosting runs under their belt in the lung-opener.

Starting with skipper Alastair Cook, England’s batsmen expectedly seemed at ease with the conditions which are considered challenging for tourists.

Ian Bell missed a hundred by nine runs while Jonathan Trott and Ravi Bopara got near half-century scores against the Aussie bowlers.

In contrast, Sri Lanka’s batsmen flopped miserably against the Kiwis. Eight of them failed to touch the double-digit mark with three of them falling for noughts.

Former captain Kumar Sangakkara was the lone batsman who put up a semblance of fight with 68 runs and once again he would be expected to anchor the Lankan innings.

But the likes of Tillakaratne Dilshan and Mahela Jayawardene would also have to fire for the team to have a shot at victory, which is absolutely vital for it to remain alive in the tournament.

Given the fine form that English bowlers are in, the Lankans would have to strategise hard to ensure a strong batting display.

The English pace trio of James Anderson, Stuart Broad and Tim Bresnan struck the perfect note against the Aussies, not just picking up wickets but also keeping a tight leash on the rate of runs conceded.

The Sri Lankan bowlers also came up with a decent performance but just did not have enough runs to defend against New Zealand.

Lasith Malinga was particularly impressive with a four-wicket haul but it remains to be seen how he copes against a stronger batting line-up, much more at ease with the conditions.

He would need some good back-up from Shaminda Eranga and Rangana Herath to cause damage in the settled English line-up.

In overall analysis, even though the scales look tilted in England’s favour, one inspiring effort is all that the Lankans would need to strike form and surprise the home team in what clearly is a do-or-die situation for them. 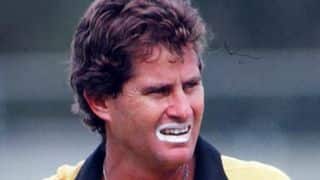