With the semi-final slot up for grabs, South Africa and the West Indies would be locked in what is a virtual quarter-final when they take on each other in their last Group B match of the ICC Champions Trophy 2013 at Cardiff on Friday. 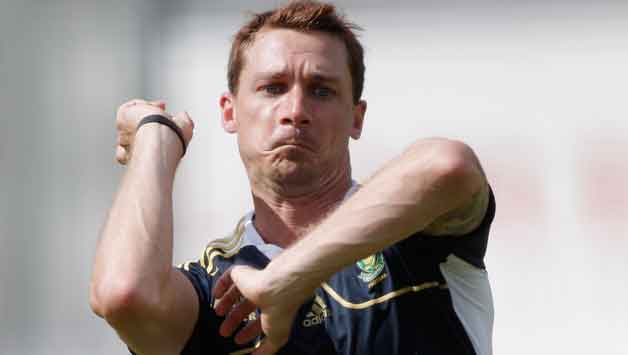 With the semi-final slot up for grabs, South Africa and the West Indies would be locked in what is a virtual quarter-final when they take on each other in their last Group B match of the ICC Champions Trophy 2013 at Cardiff on Friday.

South Africa lost their opening game to India before getting the better of Pakistan, results which are similar to what the West Indies have managed so far in the tournament.

India are already through to the semi-finals after two wins out of two, while Pakistan are out of contention. That leaves the Proteas and the West Indies locked in a battle for the second semi-final spot.

South Africa have got a shot in the arm ahead of the crucial match with pacer Dale Steyn returning to fitness. He bowled in the nets on Wednesday without any discomfort after being laid low by a side strain.

“Dale is progressing quite well. He came through his net session without any discomfort,” Mohammed Moosajee, South Africa’s team manager, who is also a doctor, said on Wednesday.

“We will watch him overnight to see if he wakes up with any stiffness. If he comes through Thursday’s practice then he should be available.”

As far as the batting prowess goes, both teams seem evenly matched even though the Chris Gayle factor could tilt the scales in the West Indies’ favour if the swashbuckler comes up with one of his hurricane knocks on Friday.

For South Africa, Hashim Amla‘s form remains crucial as he would be expected to play the sheet-anchor’s role. The likes of AB de Villiers, Faf du Plessis and JP Duminy are the gamechangers, who can accelerate on a solid start.

The West Indian batting also features quite a few aggressors apart from Gayle, who is yet to score big in the ongoing edition despite being top run-getter in the overall Champions Trophy stats.

Kieron Pollard and Darren Bravo are two other big-hitters who would be expected to come good.

On the bowling front, South Africa have the distinct edge, especially if Steyn returns to the squad on Friday.

For the West Indies, spinner Sunil Narine remains a crucial cog and he proved his worth yet against when he picked up a couple of wickets against India, albeit for a losing cause in their previous match.

South Africans, on the other hand, have a strong bowling line-up, which stifled Pakistan in their previous game.

Medium-pacer Ryan McLaren was especially destructive with a four-wicket haul.