The tournament will commence at The Oval on June 1 with England taking on Bangladesh. Let us have a look at the squads:

The ICC Champions Trophy 2017 will begin on June 1 in England, a few days after the completion of the Indian Premier League (IPL) 2017. The teams have begun gearing up for the mega event that will be played in England this year. The tournament, which was known as the ‘Mini World Cup’, is set to start at The Oval on June 1 with England taking on Bangladesh. It must be remembered that West Indies, one of the full members, will not be taking part in the tournament as they had missed out on the qualification by the cut-off date. All 8 teams have announced their squads for the marquee event. Virat Kohli-led India are placed in Group B along with subcontinental neighbours Pakistan and Sri Lanka, along with South Africa. READ: ICC Champions Trophy 2017: India announce squad; Rohit Sharma, Ajinkya Rahane included

The first team to announce their squad for this tournament was South Africa, who were the also the winner of its inaugural edition in 1998. This is the only ICC Trophy they have won in the history of cricket. The tournament was last played in 2013 and England were the hosts then as well. India defeated England by 5 runs to lift the trophy and will look to repeat their feat.

The star-studded West Indies failed to qualify for the 2017 edition as they were not among the top eight ODI teams as per ICC rankings on September 30, 2015, paving the way for Bangladesh. Mashrafe Mortaza’s side are taking part in this tournament for the first time since 2006 edition. Australia are the only team to have won the ICC Champions Trophy twice and that too consecutively in 2006 and 2009.

In addition, England host this tournament for the third time. No other country has hosted it twice. Let us have a look at the squads:

India: Virat Kohli-led India will take on the field on June 4 against arch-rivals Pakistan. Their next game will be held against Sri Lanka (June 8), whereas they will lock horns with South Africa on June 11. Defending champions have a blend of experienced players and youngsters, and will like to repeat their feat from the previous editions as well.

South Africa: AB de Villiers will lead the side along with some new and young faces in the form of Maharaj, Andile Phehlukwayo and Dwaine Pretorius.

Bangladesh: Shafiul Islam was the surprise element in Mashrafe Mortaza’s side. Four players are kept in stand by, such as Nasir Hossain, Nurul Hasan, Subashis Roy, Md. Saif Uddin.

Bangladesh are in Group A and will come across teams such as England (June 1) at The Oval, against Australia (June 5) at the same venue and New Zealand (June 9) at Cardiff.

Australia: Instead of having surprise inclusions, Australia squad was about surprise exclusions as players like Usman Khawaja, Shaun Marsh and James Faulkner. The captain is none other than Steven Smith and David Warner will be his deputy. The squad is also filled with full throttle pace bowlers. New South Wales skipper Moises Henriques gets another chance, while Chris Lynn also gets a look-in.

Australia are in Group A and will play against New Zealand on June 2 at Edgbaston, Bangladesh on June 5 at The Oval and arch-rivals England on June 10 Edgbaston.

New Zealand: The New Zealand side looks more settled and sorted with as many as five specialist batsmen, four pace bowlers, three seam-bowling all-rounders, two-spinners and a wicket-keeper.

New Zealand start their tournament on June 2 at Edgbaston versus Australia, play hosts England at Sophia Gardens Cardiff on June 6. They play their final match on June 9 at the same venue versus Bangladesh.

Sri Lanka: The Sri Lanka side will witness the return of their famous trio of Angelo Mathews, Dinesh Chandimal and Lasith Malinga. The current squad has a perfect blend of experience and youth with the likes of Chamara Kapugedera, Upul Tharanga, Kusal Mendis and Asela Gunaratne.

Sri Lanka are placed in Group B, along side India, Pakistan and South Africa. Sri Lanka play their first match against South Africa at The Oval in London on June 3. They next play India at the same venue on June 8. Their final game will be against Pakistan on June 12 at Sophia Gardens in Cardiff.

England: The English side have called up fit-again Mark Wood for the tournament after being sidelined for several months following a third ankle operation.

England play their first match against Bangladesh at The Oval on June 1. Hosts move on to play New Zealand at Cardiff on June 6. Their final group match will be against Australia on June 10 at Edgbaston.

Pakistan: The Pakistan squad for the tournament is not quite surprising as it has been quite similar to their previous ODI series.

Pakistan are placed in Group A, along side India, South Africa and Sri Lanka. Pakistan play their first match against their arch-rivals India at Edgbaston on June 4. Pakistan move on to play South Africa at the same venue on June 7. Their final group match will be against Sri Lanka on June 12 at Cardiff. 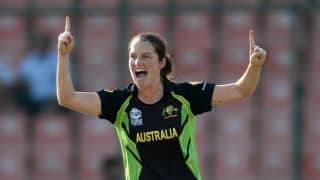 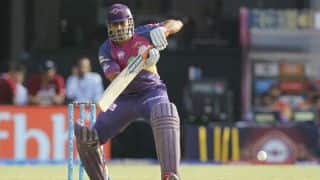