It is not just the Team India fans (and cricket fans in general), who are fretting over India's participation in Champions Trophy. The Indian cricketers, too, are getting anxious now.

The uncertainty that has been looming large over India s participation in the upcoming ICC Champions Trophy 2017, to be played in England next month, has now started to affect the Team India players as well. With Board of Control for Cricket in India (BCCI) having missed the April 25 squad-submission deadline for the tournament, even the Indian cricketers are now not sure if they will get a chance to defend their title. India had won the last edition of Champions Trophy in 2013. But with the board losing the revenue and governance votes in the ICC meet on Wednesday, India s participation in the tournament has become doubtful.

It is not just the Team India fans (and cricket fans in general), who are fretting over the matter. The Indian cricketers, too, are getting anxious now, an intoday.in report has claimed. “A number of Indian cricketers are ringing us up to ask, ‘Are we going or not?’ Why do we need to put them in such a situation,” a Committee of Administrators (CoA) member was quoted in the report. It is notable here that the Supreme Court-appointed CoA led by former CAG Vinod Rai is currently overseeing BCCI operations.

After losing the revenue and governance votes, the BCCI general body is likely to meet next week to mull over the decision to pull the Indian team out of Champions Trophy 2017. However, the decision to pull India out of the tournament will not just affect the tournament s viewership and sponsorship, but it is also likely to have larger repercussions in terms of additional financial losses for the BCCI, such as the ICC responding in turn by asking other member nations to skip bilateral series with India or stop making players available for the Indian Premier League (IPL). CoA also has cognizance of these repercussions.

“Indian cricket is doing very well on the field. We need to showcase them not (boycott). If we don’t go what will the players do in June? Let’s not get them demoralised,” the CoA member added. 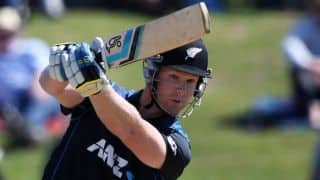