This latest trans-Tasman clash takes place against the backdrop of a bitter pay dispute between Cricket Australia and their players.

London: Australia must decide whether to unleash all of their ‘fearsome foursome’ of Josh Hazlewood, Pat Cummins, Mitchell Starc and James Pattinson in their Champions Trophy opener against New Zealand on Friday. Injuries have meant the quartet of fast bowlers have rarely all been fit at the same time and, even now, Australia may decide it’s too much of a risk fielding all four in the same team, with John Hastings who has plenty of English county experience also in the squad. For Cummins, whose career has been blighted by several back stress fractures, just being in contention again is something of a relief. The 24-year-old made his international debut in 2011, yet the fact he’s played just three Tests and 28 one-day internationals since then is testament to how much time Cummins has spent on the treatment table. FULL CRICKET SCORECARD: Australia vs New Zealand, ICC Champions Trophy 2017, Match 2

But he now believes his body can withstand the rigours of international cricket. “I now feel that because I’m a couple of years older, and because I had a full off-season at pretty low intensity, my body was a bit more hardened than it used to be when I did come back,” Cummins explained.

Left-arm fast bowler Starc, arguably the world’s leading ‘yorker’ bowler, has recovered from a foot injury that cut short his tour of India, while Pattinson has returned from shin and back problems.

The original 1970s West Indies ‘fearsome foursome’ of Andy Roberts, Michael Holding, Colin Croft and Joel Garner paved the way for a succession of Caribbean pace attacks that dominated world cricket for some 20 years. Now Australia hope they have a potent quartet of their own, with coach Darren Lehmann saying: “It would be great to see them go at it and see how they go.”

Australia also boast one of the most powerful top orders in ODI cricket, with captain Steve Smith and opener David Warner outstanding batsmen in all formats. They could add extra firepower by including Chris Lynn, who shot to worldwide prominence earlier this year with a sensational Indian Premier League campaign, averaging nearly 50 for the Kolkata Knight Riders.

New Zealand beat Australia in a thrilling pool match in Auckland at the 2015 World Cup only to lose to their trans-Tasman rivals in the final in Melbourne. Friday’s encounter at Birmingham’s Edgbaston ground is set to feature several survivors, with New Zealand captain Kane Williamson having cemented his place as one of the world’s best batsmen in the intervening two years.

Blacks pacemen Tim Southee and Trent Boult are proven performers in England, but Southee said: “We know the conditions, but you can’t rely on that. “The wickets over here are pretty good, and the bowlers are going to have to be at the very top of their game as a result.”

This latest trans-Tasman clash takes place against the backdrop of a bitter pay dispute between Cricket Australia and their players. Asked if winning the Champions Trophy would bolster the players’ cause, Smith said: “I think, if we win, almost certainly it would be really good for the playing group. We’re sticking really strong together. We’re backing what the ACA (Australian Cricketers’ Association) is doing back home.”

It was in Birmingham four years ago where Australia’s campaign at the last Champions Trophy foundered, on and off the field. An Edgbaston defeat by England in their opening game was followed by Warner punching England batsman Joe Root in an altercation in a Birmingham bar in the early hours of the next morning a clash that saw Australia suspend Warner from the opening two Tests of that year’s Ashes. 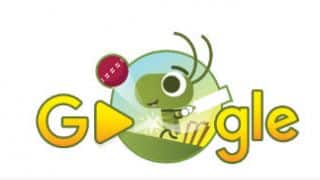 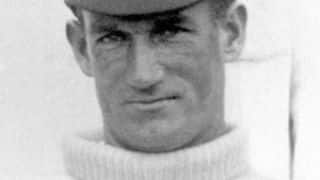