ICC Champions Trophy 2017 Points Table: The winner of Pakistan vs Sri Lanka clash will join India as the second semi-finalist from Group B

The ICC Champions Trophy 2017 will be held in England and Wales from June 1 to June 18. This is overall the eighth edition of the marquee event which is also recognised as mini-world cup given its stature. This is the third time the Champions Trophy is being held in England the previous two times were in 2004 and 2013. England did manage to enter the finals on both occasions but were defeated in cliff-hangers by West Indies and India respectively. But the hosts, led by Eoin Morgan, are touted as the favourites to win the trophy that has eluded them since past seven editions, this time around.

Total eight teams will be participating in 2017 edition and have been evenly distributed into two groups of four teams each. The Group A comprises of England, Australia, New Zealand and Bangladesh while the Group B consists of reigning champions India, Pakistan, Sri Lanka and South Africa.

From Group B, India and Pakistan have qualified for the semi-finals.

*Points table updated after Match 12 between Pakistan and Sri Lanka

The 18-day tournament will be held across three venues – The Oval, Edgbaston and Sophia Gardens. 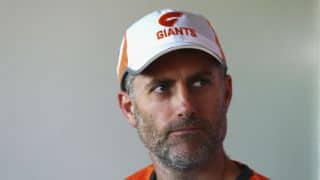 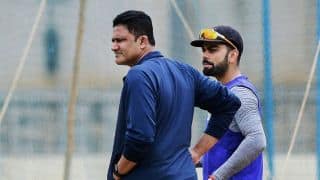