The ICC clarifies, Pont did not participate in any way in the fixing of any match during the BPL

Following the earlier announcement by the International Cricket Council (ICC) and Bangladesh Cricket Board (BCB) of their move to appeal against the decision of the BCB’s anti-corruption tribunal, the ICC has clarified matters surrounding the involvement of Ian Pont, the Dhaka Gladiators’ coach, in Bangladesh Premier League (BPL) 2013 investigations.

The ICC said Pont complied at all times with his obligations under the BCB Anti-Corruption Code and promptly reported the corrupt approach that he had received from the Managing Director of the Dhaka Gladiators, Shihab (Jishan) Chowdhury. He subsequently provided great assistance to the ICC ACSU in its investigation of the matter. “Indeed, it was the evidence that Mr Pont provided that led to the Tribunal upholding the main charge brought in these proceedings, against Mr Chowdhury,” an ICC spokesman said.

The ICC emphasised that Pont did not participate in any way in the fixing of any match during the 2013 BPL and at no time instructed anyone to play other than to the best of their abilities. Following his reporting to the ACSU of the approach he had received, Pont acted with the knowledge of, and under the direction of, the ACSU, assisting them in investigating the scope of the corrupt activities.

The ICC said any suggestion that Pont accepted a bribe to be part of the fix is also completely baseless. “The USD 6,000 referred to in the Tribunal’s decision was accepted and kept by Mr Pont, on the instructions of the ACSU, because he was owed that amount and more under his contract with the Dhaka Gladiators. To this day Mr Pont still has not received the total sum due to him under that contract,” the spokesman clarified.

ICC Chief Executive David Richardson commended Pont for following the Anti-Corruption Code and assisting the ACSU in its investigations. “The actions of Ian Pont in reporting the corrupt approach and then helping the ACSU to establish the extent of the corruption are to be highly commended. On behalf of the ICC, the ACSU and the sport of cricket in general, I wish to express my thanks to Mr Pont for all that he has done to uphold the integrity of the sport of cricket. The sport would benefit greatly if it contained more men of Mr Pont’s integrity and quality,” said Richardson. 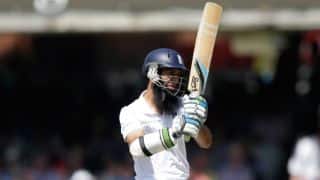