Mohammed Shami, in his current fit avatar, is what India's strength and conditioning coach Shankar Basu considers as his biggest achievement.

Virat Kohli is the quintessential “teacher’s delight” but it is injury-prone Mohammed Shami, in his current fit avatar, that India’s strength and conditioning coach Shankar Basu considers his biggest achievement since joining the team.

For the 50-year-old, who has had two stints with the side starting 2015, the satisfaction comes from making a fitness freak out of an injury-prone Shami or even a Kedar Jadhav, who till 31-32, didn’t do any proper fitness training.

“Virat is any teacher’s delight. His biggest attribute is that he is ready to do boring stuff every single day of the year. He knows his body and if he is training, he will have 100 questions with regards to routines. Once he gets the answers, he follows them with all sincerity,” Basu told PTI during an exclusive interview.

A new and improved Shami didn’t miss a single Test match last season due to injury and maintained his intensity throughout. “Probably you can say that,” smiles the former junior India sprinter when asked whether he considered Shami his biggest achievement.

“And come to think of it, he failed a fitness test last year and also had some issues in his personal life. Once he came back, he started training with a vengeance. I had told Shami that there is no point of training hard for 20 days,” he recalled.

“You have to train consistently. Now training is his lifestyle. Look at how his pace never drops even in the final test of a five-game series,” Basu said.

Basu then gave a sneak peek into Shami’s lifestyle that has gone for a complete overhaul. “He is a meat eater but now he has cut down on his junk food. He is probably the first example in this Indian team who has started the concept of intermittent fasting. He doesn’t eat a lot during the first half of the day but eats well during the second half of the day. He has reduced his fat percentage,” said Basu.

Another player who has shown remarkable improvement is Jasprit Bumrah. Basu praised him for raising the bar to an altogether different level. “Bumrah wasn’t one of the fittest guys when he came into the team. Today he is in that top bracket due to his sheer hard work, proper diet, good sleeping pattern.

“From 137 kmph speed, he now regularly clocks 147 kmph. Ditto for Bhuvi who bowls 140 clicks,” said Basu, who couldn’t have been happier that there’s been no injury issue for any of the fast bowlers during the season.

The training patterns as well as the eating patterns are different and it’s a myth that every player in this team eats grilled food like their skipper. “Virat and DK do proper weightlifting. But Bumrah and KL Rahul do a lot of plyometric exercises which involves jumping. This helps in generating power and speed. So there are thousand ways to skin a cat. Their bodies are different and hence the routines are also different,” he said.

For Basu, even a rice-eater like Vijay Shankar is not a problem. “You need to understand that Vijay is a superb athlete. He comes from a South Indian background and he has a connect with certain types of food. You can’t take that away from him. Like Hardik Pandya can eat an elephant but yet he will always look thin,” he quipped.

“If we talk about brute power, I will take three names who are possibly the strongest because of their background from hilly regions. Mahendra Singh Dhoni, Rishabh Pant and Pawan Negi. When we talk about raw power, these three top the list. Rishabh has unbelievable power,” he observed.

He terms himself a “model failure athlete”, who represented India at the Asian Junior Athletics Championship in Tokyo back in 1987.

“Anand Natarajan (former 100m National champion) was my batchmate. I didn’t have it in me to represent India at the senior level. So when I work with these boys, my biggest advantage is learning from the mistakes I have made in the last 25 years. What not to do,” he laughed.

When he was offered to the Indian team job, Basu was clear in his mind that he wanted a change in the fitness culture and support of the coaching staff has been “incredible”.

“If I tell Bharath Arun (bowling coach), who is a dear friend that bowlers would only bowl a specific number or Sanjay (Bangar) that batsmen shouldn’t bat more than a stipulated period, they follow that. The head coach and Virat run this fitness vehicle,” he said.

But it was easier said than done at the start even though right now, everyone is enjoying fitness as a lifestyle.

“Obviously everyone loves to be in a comfort zone and detest change. I thought let me do one thing at a time. I brought a different brand of training that culminates with modern day cricket. It’s all about speed and power. We couldn’t have trained like regular gym goers,” he concluded. 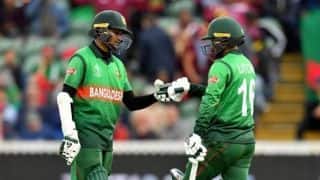 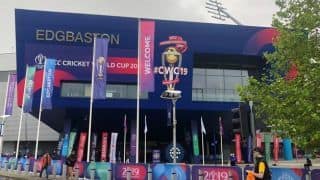