The two semi-finals and final are learnt to have been sold out months ahead of the tournament with understandably most of the tickets being purchased by fans from the Indian subcontinent.

The International Cricket Council (ICC) is losing sleep over the prospect of having up to 40 percent of empty seats for the ICC Champions Trophy 2017 semi-final 1 between England and Pakistan at Swalec Stadium in Cardiff on Wednesday. Nearly 5000 of the 8000 tickets bought by Indian fans have now been resold on the eve of the match. Those 8000 tickets, 40 percent of the total capacity, had originally been bought by Indian fans, who are not likely to travel to Cardiff with their team playing the second semi-final against Bangladesh on Thursday at Birmingham. The ICC is trying their best to ensure that the match is played in front of a full-house.

It was for the same reason that ICC urged the fans, who no longer plan to attend the semi-final 1 in Cardiff on Wednesday, to put their tickets on the official re-sale site in a bid to prevent empty seats at the ground. Some 5000 for Cardiff and 2000 for Birmingham have already been resold and we re making all the efforts, except going to the houses of those with tickets and dragging them to the ground, to ensure the match is played out in front of a full-house, an ICC official said.

The two semi-finals and final are learnt to have been sold out months ahead of the tournament with understandably most of the tickets being purchased by fans from the Indian subcontinent. It s only obvious that India would have a majority there considering the number of fans they have for cricket not just back in India but here in England. We ve seen grounds being filled with them for India matches, the official said.

Hugh Morris, CEO of Glamorgan county cricket club, said that the ticket situation was something that the county couldn t have done anything about. The semi-final has been sold out for several months, People have been trying to get tickets but have been unable to. They were obviously sold before we knew who the semi-finalists were going to be, he was quoted as saying by a report in The Times.

Cardiff has witnessed low attendances through the tournament owing to the bad weather. It s strange but 8000 seats were empty for matches because people didn t turn up. We feel it has a lot to do with the threat of rain in the air. So we even set up on the spot ticket sales for matches like New Zealand v Bangladesh but still not many turned up, which was surprising, the official said. 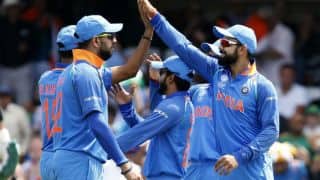 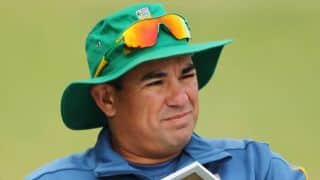