In the last few months, the ICC has reported and suspended some high profile bowlers.

International Cricket Council (ICC) chief executive David Richardson said on Tuesday that they have made “significant progress” in identifying suspect action bowlers and suspending them.

In the last few months, the ICC has reported and suspended some high profile bowlers, such as Pakistani spinners Saeed Ajmal and Mohammad Hafeez for not bowling fully legal deliveries. “We want to make sure that we don’t lose ground on what has been significant progress over the last few months. The game realised that we had a significant problem and there were just too many bowlers, from all teams, bowling with suspected actions,” said Richardson in a statement.

“We have made very good progress in identifying those bowlers, sending them off to be tested and, where necessary, suspending them until they can remedy their actions.” Sri Lanka’s Sachithra Senanayake and New Zealand’s Kane Williamson were also suspended by ICC from bowling. But following their remodelled actions, they were cleared to bowl in December.

“There might be one or two (bowlers) who were suspended and are now coming back into international cricket and the challenge for them will be to make sure that they maintain their remedied action,” said the former South Africa wicketkeeper. “The instructions to the match officials will be no different and these matches will be treated exactly the same as any other international match and if there are bowlers who are bowling with suspect actions, they might be reported.” 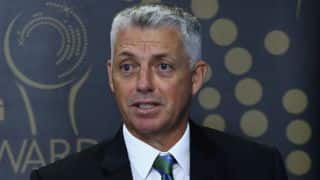