Shahryar made it clear that Pakistan had supported the Big Three governance system in 2014 because India had signed a MoU with them that they would play six bilateral series between 2015 and 2023.

“That was our reason and condition for supporting the Big Three but when India has not fulfilled its obligations under the MoU, we see no reason to continue our previous policy,” he pointed out. The Indian cricket board (BCCI) has profited the most from the Big Three governance system as it gets the major chunk of the revenues that ICC earns from its events and broadcasting rights between 2015 and 2023. India is suppose to get around 21 per cent share followed by Australia and England. Shahryar said Pakistan had done its homework on the revenue distribution system and wanted equal share for all member countries. Shahryar calls conference of current and former players on March 6, 7

“Under the current formula we will end up with just around 98 million dollars while India stands to get around 500 million. We don’t see this as an system based on equality.” Shahryar said they were expecting India to oppose disbanding the Big Three governance system but due to changes in Indian cricket board set-up they might not be clear about their policies. “The ICC meetings will give us a chance to sit down with the new office bearers of the Indian cricket board and see what they have in mind specifically in relation to bilateral series with us,” he said. Shahryar also said that Pakistan would not support four-day Tests as there was no need to tinker with the spirit of Test cricket.

“Five day matches are the spirit of Test cricket and what happens if it rains in a four-day Test. I don’t think we need to try to change things with Test matches.” Lou Rowan: The Umpire whose Story centred around the John Snow affair 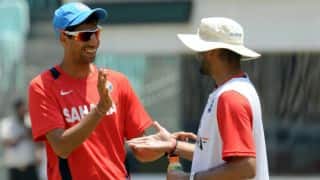