Speculations are rife over the future of this year's edition due to the coronavirus pandemic with Australia scheduled to host the marquee event in October-November.

The ICC is set to meet today, via video-conference, to decide on the fate of this year’s Men’s T20 World Cup.

Speculations are rife over the future of this year’s edition due to the coronavirus pandemic with Australia scheduled to host the marquee event in October-November. There were reports that the ICC members have agreed to reschedule the event, a claim which it went on to deny later on in a media release.

With the coronavirus situation improving in Australia, there are fears that the decision could further be deferred to next month but BCCI reportedly wants clarity as soon as possible.

It’s concerns include the possibility of holding the suspended IPL season in some form should the window be made available in the eventuality of T20 World Cup being cancelled this year. Another concern is the possibility that ICC may reschedule the edition to 2021 – when India are slated to host the event.

In that scenario, BCCI may be asked to organise it in 2022, months before it is also scheduled to host the ODI World Cup.

“Let ICC first announce what they intend to do with this year’s World T20. There has been no formal announcement with regards to this year’s edition,” BCCI treasurer Arun Dhumal told PTI.

The news agency further quoted an unnamed a senior official privy to ICC board room politics as saying that the decision will also help members in chalking out their bilateral engagements and that official broadaster will also have a say in the matter.

“Either India hold their edition as per schedule in 2021 with Australia organising theirs in 2022 or vice versa. In any case, a decision needs to be taken considering the members will need to plan their bilateral engagements Star is a stakeholder. Their opinion will also matter,” the official was quoted as saying.

The process the appoint a successor to outgoing ICC Chairman Shashank Manohar will also get underway during the meeting. Earlier, England and Wales Cricket Board’s (ECB) Colin Graves was being projected as the unanimous choice. However, BCCI president Sourav Ganguly and PCB chairman Ehsan Mani’s names have also emerged as the possible options. 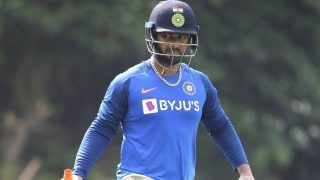 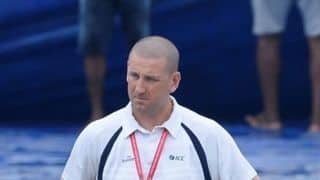