The ICC is scheduled to meet on June 10 to discuss the matter of rescheduling the showpiece event scheduled to be played in October-November this year. Former Australia international Dean Jones feels that it’s not possible for Australia to host the ICC Men’s T20 World Cup this year considering the logistics and finances involved. The growing sentiment among several current and former international cricketers is that the T20 World Cup will be cancelled and rescheduled due to the exceptional circumstances caused by the coronavirus pandemic.

The ICC is scheduled to meet on June 10 to discuss the matter of rescheduling the showpiece event scheduled to be played in October-November this year.

“T20 World Cup isn’t going to happen in Australia this year for a lot of reasons,” Jones during an interview with SportScreen on YouTube. “Firstly, Cricket Australia has retrenched a lot of people. So when you have have 16 teams here, and 30-40 people per team including staff, players and administrators, you won’t be able to do it.”

Jones, 59, also reckons that hosting India for a full tour in November-December makes more sense financially than T20 World Cup especially in the backdrop of the revenue loss Cricket Australia (CA) is expected to suffer due to the current health crisis which has brought the sport to a virtual standstill.

“Especially with the cover restrictions being very stringent here in Australia. And the host country also doesn’t not make much money by hosting a World Cup. They used to, but not now under the rules. So, where do they (Cricket Australia) make their money now? We will make 220 million US dollars on a full India tour of four Tests and ODIs,” he said.

“And of course Australia is in a pickle, like all other cricket boards and so they are trying to protect their own space. So I think they can handle India and not be able to handle 15 other countries coming here,” he added. 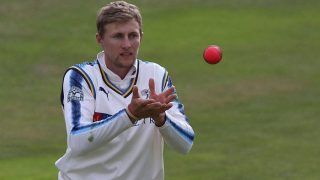