South Africa and New Zealand have swapped places in the latest ICC ODI team rankings. South Africa have slipped to the fourth spot after losing two consecutive ODIs to Sri Lanka in the five-match series that concluded on Sunday night.

The Proteas though won the series 3-2 but lost two rating points having started with 113 points, one more than New Zealand, at third spot behind England and India.

On the other hand, Sri Lanka gained three points to move to 80 points but they remain unchanged at the 8th spot. Having already lost the series, Sri Lanka finished on a high after winning the final two ODIs to. They were staring at a 5-0 whitewash but ended the South African hopes after winning the penultimate game by a close three-run margin.

They followed that with a much improved show in Colombo where they outclassed South Africa by 178 runs. Chasing 300, the visitors sucumbed to the guile of spinner Akila Dananjaya (6/29) to be all out for 121 in 24.4 overs. Angelo Mathews starred with the bat for the hosts scoring an unbeaten run-a-ball 97.

England, with 127 points, continue to top the charts followed by India (121) at second spot. Current ODI World Cup champions Australia are at the sixth spot behind Pakistan. 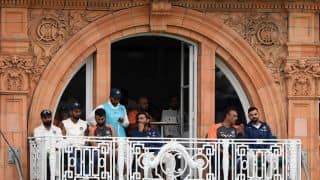 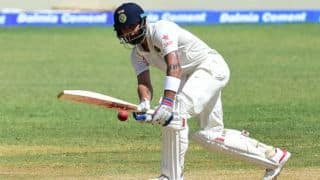 I don't see any technical deficiency in our batsmen: Virat Kohli