After the Pakistan team management's appreciation, the ICC too has praised the hospitality and facilities provided by the Odisha Cricket Association to Pakistan players, who are staying inside Barabati stadium premises here for the Women's World Cup to be played here and in Mumbai. 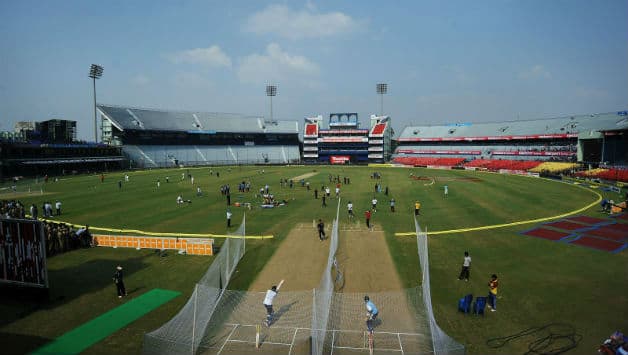 After the Pakistan team management’s appreciation, the ICC too has praised the hospitality and facilities provided by the Odisha Cricket Association to Pakistan players, who are staying inside Barabati stadium premises here for the Women’s World Cup to be played here and in Mumbai.

The ICC endorsed the decision of the OCA to allow the Pakistan players to stay at the Club House located inside the stadium premises.

“The facilities provided by the host association are wonderful and in accordance to ICC requirement. Like the Pakistan team management, the ICC is also appreciating the arrangements here,” an ICC spokesperson said today.

While the remaining teams of Group B — New Zealand, South Africa and Australia — are staying in a hotel in Bhubaneswar, the Pakistan team will continue to stay in the OCA Club till the end of their group matches on February 15.

A team of around 15 selected cooks of the OCA cafeteria are in charge of Pakistan players’ provisions, serving them their favourite dishes.

“We are determined to give the best facility to our guests and see to it that the Pakistan players go from here highly satisfied,” said OCA secretary Asirbad Behera, adding that if Pakistan reach the final of the tournament, OCA would be delighted to host that match here.

Meanwhile, the Pakistan team lost to Odisha XI in their second warm-up match today after registering an emphatic win in the first encounter yesterday. After a day’s break tomorrow, Pakistan will start their World Cup campaign against Australia here on Friday.

Pleased with the team’s performance after registering a win against a World Cup participating team, the OCA has announced a cash prize of Rs 10,000 each to all the 15 players and five support staff of the Odisha team.