With 884 points, Kohli, the Indian captain, remained the leading batsman, while Bumrah led the bowling chart with 797 points.

Virat Kohli and Jasprit Bumrah continued to rule their respective departments as per the latest ODI rankings released on Monday. With 884 points, Kohli, the Indian captain, despite being rested from the Asia Cup, remained the leading batsman, while Bumrah led the bowling chart with 797 points.

Leading India to their seventh Asia Cup title in the absence of Kohli in which he scored 317 runs at an average of 105.66, Rohit Sharma hung on to the second spot with 884 points, while his opening partner Shikhar Dhawan was placed fifth, tallying 802 points. Among the bowler, Kuldeep Yadav was third in the list with 700 points. Behind him is Yuzvendra Chahal at the 11th position.

India, with 702 points, are No. 2 team in ODIs, behind England. However, with both sides lined up for an engrossing series against Sri Lanka and West Indies respectively, the places can interchange. If both England and India are able to pull off wins, then England will hang on to the No. 1 ranking, but if somehow England don t beat Sri Lanka in the five-match series, India will topple them at the top.

Following the conclusion of the three-match ODI series between South Africa and Zimbabwe, fast bowler Kagiso Rabada and legspinner Imran Tahir saw advancements in their ranking. Tahir, for picking up 10 wickets, including figures of 6/24 and a hat-trick in the second ODI, jumped three places to be placed seventh on the standings. Rabada, 23, the leading bowler in Tests also shot up three places and is now placed sixth, having picked up five wickets in two matches.

For Zimbabwe, Hamilton Masakadza (up three places to 64th) and Sean Williams (up eight places to 78th) are the main gainers among batsmen while Tendai Chetara (up six places to 45th) has progressed in the list for bowlers. 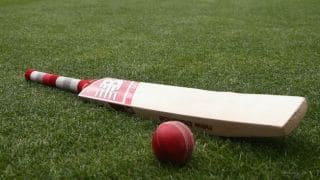