The PCB has already lined up home series against the England Lions team and the Sri Lankan A squad for next year.

Karachi: The ICC at its annual conference in Barbados has revived the task team for Pakistan cricket after the PCB showed a documentary on the security measures adopted for Zimbabwe’s tour to the strife-torn nation last month.

According to a Pakistan Cricket Board official the PCB produced documentary on the recent Pakistan-Zimbabwe series and showed it at the ICC Board meeting. “The Pakistan task team was revived at the conference with its chairman Giles Clarke undertaking to take early steps to help bring Pakistan cricket back into the international arena,” the official said.

He said the documentary outlined views of security experts on the situation in Pakistan and the security plan laid out to make the tour by Zimbabwe to Lahore successful. Zimbabwe played three ODIs and two T20 matches on the short tour, the first by a test nation to Pakistan in six years time, after militants attacked the Sri Lankan team in Lahore in March, 2009.

The official said after the revival of the Pakistan task team, PCB chairman Shahryar Khan will be discussing proposals with the head of the task team Giles Clarke to open up foreign teams visits to Pakistan. “Shahryar Khan will hold meetings with Clarke during his month long stay in England in July,” the official added.

The PCB has already lined up home series against the England Lions team and the Sri Lankan A squad for next year in March-April and the official said the Board would make efforts to have the matches in Pakistan. The official said that the PCB chief will also discuss the possibility of a Commonwealth or international team’s visit to Pakistan.

The official said that on the sidelines of the annual conference, the PCB chief also had exceptionally productive parleys with ICC’s full and associate member representatives with a view to arranging bilateral series at all levels in the near future. “Shaharyar Khan was also nominated to the important Governance Committee for the coming year. This membership would be in addition to his current inclusion in the Executive and Audit Committees of the ICC,” he said. 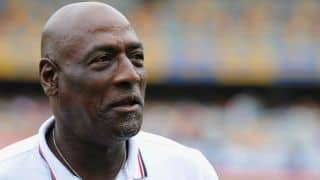 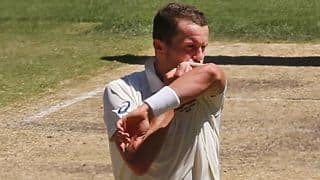