While various people have spoken for or against the issue, former India chief selector M.S.K. Prasad feels such techniques to shine the ball should be banned. 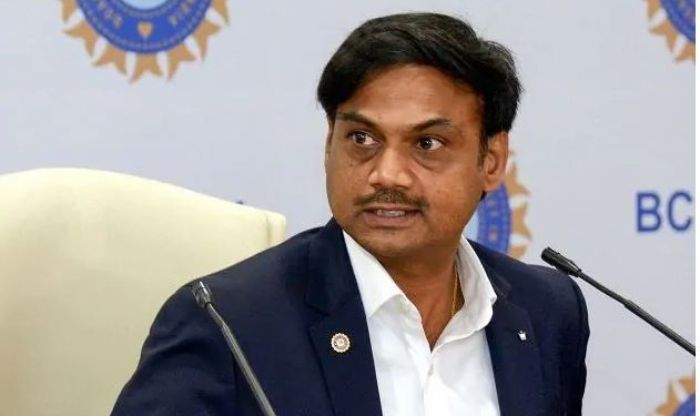 The coronavirus outbreak has seen not just sporting events come to a standstill, but talks are on about life in the post-coronavirus era and one of the biggest talking points has been whether bowlers should be allowed to use sweat and saliva on balls to make them shine and aid swing. While various people have spoken for or against the issue, former India chief selector M.S.K. Prasad feels such techniques to shine the ball should be banned.

Speaking about changes in the rules due to COVID-19, Prasad said on Star Sports’ Telugu show Cricket Connected Field Gurunchi: “Rules of the game state that external sources cannot be used to shine the ball as it will amount to ball-tampering. So, players were used to using their own sweat, and in most cases, saliva to shine the ball to get it done. But in the current scenario, they should be banned from using this technique and ICC should come up with an alternative route.”

Speaking about the evolution of the ODI format, former India cricketer Kris Srikkanth said on Star Sports’ Tamil show, Cricket Connected-Aatam Thodarattum, “When the competition between bat & ball is good, you’ll always have contests in whichever format the 2019 Cricket World Cup was an example. In our days, boundaries used to be 80-90 meters, now it’s not more than 70-75 meters making life easier for the batsmen.”

Yuzvendra Chahal reveals the most important lesson he has learned from Virat Kohli on Star Sports’ show Cricket Connected, “I have been playing with him for around 6 years now since our RCB days. One thing I have learned is that he is a down to earth person. No matter how much fame he has got, he will take everyone with him whether its personal or on field; that I have learned from him. I know that he’s a gym freak and how he has changed his body I want to learn that from him. I have seen him since he was 18-19- the transformation after 2012 or 2013, if anyone adopts even 30% of what Virat did, it’s more than enough.”

Cricket Connected airs every Saturday & Sunday at 7 PM & 9 PM IST on the Star Sports network and Disney+ Hotstar. The show, hosted by the much-loved Jatin Sapru, has cricketing legends engage with fans through video calls discussing a range of topics, from getting to know what these cricketers are up to during the lockdown to reminiscing with them over their favourite knock. Former India opener Gautam Gambhir, Mike Hesson, Sanjay Bangar, MSK Prasad & Kris Srikkanth have been roped in as experts for this week. Some of the talking points up for discussion will be Virat Kohli & AB de Villiers’ record 229-run partnership against Gujarat Lions in VIVO IPL 2016, the 2019 IPL final when Mumbai Indians clinched a thrilling one-run win over CSK, MS Dhoni’s new look that has gone viral among other such interesting topics. Watch Cricket Connected in your preferred language exclusively on Star Sports 1 Tamil, Star Sports 1 Telugu and Star Sports 1 Kannada every Saturday at 7 pm