In the ongoing Ashes 2019 series where England are down 0-1, Gatting believes the hosts have got a huge hill to climb.

MUMBAI: The game of cricket has undergone significant changes to ensure it remains in sync with modern times. Some of those changes also include the introduction of a new format in Twenty20 Internationals and the Decision Review System. And while the changes have been done for “the good” according to the custodians of the sport, the game invariably has grown shorter with money-spinning franchise T20s or T10 leagues cropping up in almost every country.

Former England captain Mike Gatting, the chairman of the World Cricket Committee at the Marylebone Cricket Club (MCC), has urged the International Cricket Council (ICC) to step in and regulate the calendar.

“I hope the ICC will consider rescheduling the calendar. They need to have three slots. I don’t personally approve of T10, yes you can play three to six games over a weekend, but for T20, 50-overs and Test cricket to survive, they will have to be regulated better,” Gatting said on the sidelines of a book launch.

“Perhaps put them in slots, possibly during the Indian Premier League (IPL), the Hundreds and possibly the Big Bash. When you put these three slots, it will allow players from other countries to get paid more and all the players can play for their countries in international cricket at the same time.”

In keeping with changes, the Ashes 2019 series has witnessed players donning the white flannels with their names and numbers embossed on them. While many in the fraternity, including Brett Lee and Shoaib Akhatar have criticised the ICC for giving a green signal to the idea, Gatting feels the changes had to be made.

“It is nice to see which players are fielding where and having names on their jerseys. I’m not totally against it because times have changed, you have to make the game watchable and you need to know who’s where. I don’t have that much fuss about it. I know it goes against traditional stuff, but you have to sometimes move on with the times and help the 85,000 fans identify players on the pitch specially in Melbourne where you don’t know who’s who,” Gatting, who played 79 Tests and 92 ODIs between 1978 and 1995, explained.

The topic then slowly veered towards the Ashes series where the ICC Cricket World Cup 2019 champions are down 1-0 after Australia registered their first ever victory at Edgbaston in 18 years.

Gatting believes that having lost the opening Test in Edgbaston by 251 runs, England have got a huge hill to climb now. “I still think it’s gonna be an interesting series because every Test match is going to have a result. It’s going to be about who does recover quickly after every match,” he said.

Australia were helped to the win courtesy twin centuries from Steve Smith, who has reignited his career since returning from the ball-tampering scandal. Gatting now wants to see how Australia will perform if Smith departs early.

“I’m not saying Australia is not the favourite team but all I am saying is that its batting order is slightly fragile. Obviously, Australia is in a good place for now. There will be further results. For England, they will have to get players finding form soon,” he said.

ALSO READ: Smith’s return to captaincy “not on the radar”: CA chairman

Meanwhile, David Warner and Smith faced a hostile reception at Edgbaston where spectators booed the duo. However, Gatting believes the scene will be better at Lord’s.

“That’s not booing him. Look, I’ve been back to Australia and you get booed for nothing over there. Remember, Stuart Broad got booed for not walking at Notts and that made a huge story about not walking and stayed right through the series. As the summer goes on, I suspect it might die down at the end. At the moment, what they are doing to Australia, it’s not nice. But I don’t think the Australians will be bothered about it too much,” Gatting said. 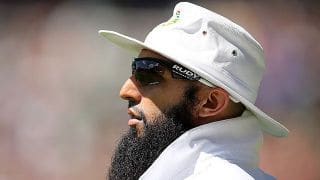