Hailing from Guyana, Ronsford Beaton first caught eye during the 2012 Under-19 World Cup for his ability to bowl at brisk pace.

West Indies pacer, Ronsford Beaton has been suspended by the ICC from bowling in international cricket. Beaton was reported for suspect action during an ODI against New Zealand in December. The pacer failed an independent assessment of his action.

Beaton may play domestic cricket in West Indies subject to Cricket West Indies’ (CWI) consent. However, the suspension will be enforced by all cricket boards for domestic events under them. The 25-year-old will join CWI’s fast-bowling camp in Antigua for remedial programme before undergoing reassessment.

ESPNCricinfo quoted CWI director of cricket, Jimmy Adams as saying, “We are fully committed to working with Ronsford during this period of remedial work which will hopefully accelerate his successful re-admission to the professional game.”

Hailing from Guyana, Beaton first caught eye during the 2012 Under-19 World Cup for his ability to bowl at brisk pace. He has played 2 ODIs for West Indies, both of his matches came in New Zealand in December 2017. 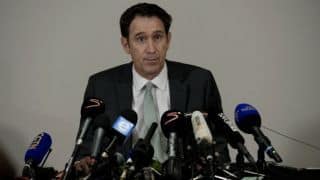 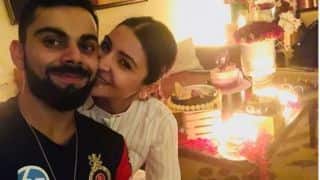