Having lost to Australia in their World Twenty20 opener, West Indies would not have the luxury of experimenting against Ireland on Monday, as they need a win at any cost to book a berth in the Super Eight stage. 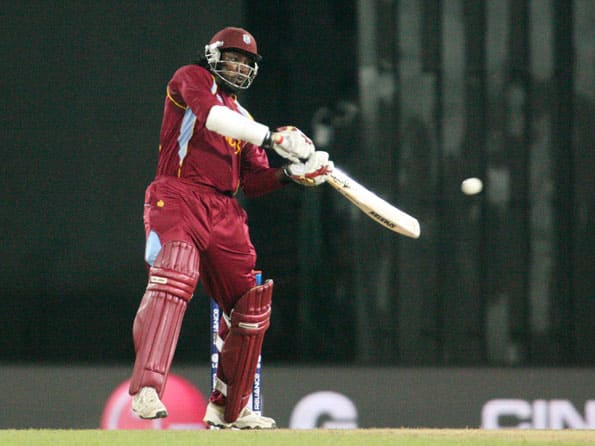 Having lost to Australia in their World Twenty20 opener, West Indies would not have the luxury of experimenting against Ireland on Monday, as they need a win at any cost to book a berth in the Super Eight stage.

Although the West Indies start as clear favourites, especially with Chris Gayle in smashing form, the William Porterfield-led Irish side has a penchant for springing a few surprises at the big stage.

And West Indies would make the mistake of taking Ireland lightly, only at their own peril.

The Darren Sammy-led West Indies, despite losing to Australia by 17 runs via the Duckworth-Lewis method here last night, showed that it has got the team to go the distance.

Big-hitters like Chris Gayle, Marlon Samuels, Kieron Pollard can destroy any side on a given day.

The glimpse of their brilliance was on display yesterday when both Gayle and Samuels smashed half-centuries each to help West Indies post a competitive 191 for eight.

As far as bowling is concerned, with mystery spinner Sunil Narine, who was recently adjudged the ICC Emerging Player of the Year for 2012, in their ranks, West Indies can expect to have it easy against Ireland.

Although the spinner has been ineffective against Australia, that should not in any way lessen his aura.

Ireland will also have to be on guard against speedster Fidel Edwards, who can surprise the batsman with his pace and has the ability to bowl in the block hole consistently.

On the other hand, though Ireland have just one victory to their credit against an ICC Full Member side in T20, their unpredictability can be gauged from the thumping win over England in the 50-over World Cup last year.

Their triumph over Pakistan in the 2007 World Cup in the Caribbean is yet another example of their ability to shock big teams.

The Irish won both their warm-up matches in the before going down to Australia in their first league match of the tournament.

Despite their none-too-impressive performance against the Aussies, the O’Brien brothers — Niall and Kevin — showed what they are capable of during their 52-run fifth wicket stand, which helped Ireland reach a total in excess of 120, after reeling at 33 for four at one stage.

Niall also scored a fabulous 62 that helped his side beat beat Zimbabwe in a warm-up match.

Besides the O’Brien brothers, the others also should not be taken for granted. Opener Paul Stirling led the charge with a quickfire 71 off 41 balls against Bangladesh.

Ireland’s bowlers, though, had little to defend against Australia, who were chasing a modest 124.

The attack boast of left-arm spinner George Dockrell, who was recently adjudged the Associate Player of year 2011.

Their quicks, led by the experienced Boyd Rankin along with Alex Cusack, also have lot of potential.