Sri Lanka's captain Mahela Jayawardene on Monday hit back at suggestions his team have "choked" in major finals -- and said he'd rather be a runner-up than an also-ran. 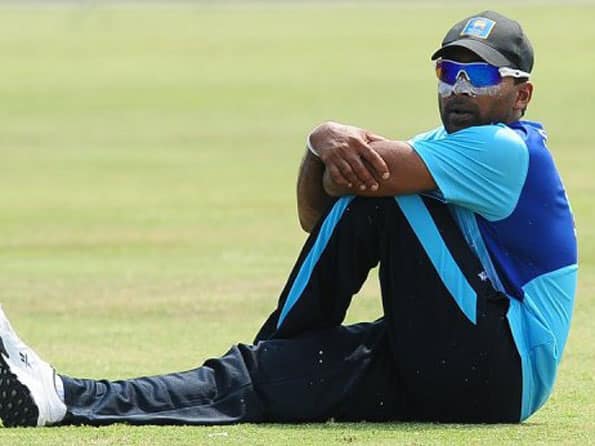 Sri Lanka captain Mahela Jayawardene on Monday hit back at suggestions his team have “choked” in major finals — and said he’d rather be a runner-up than an also-ran.

Jayawardene, speaking on the eve of the hosts’ World Twenty20 opener against Zimbabwe, said it was tribute to Sri Lanka that they had reached three global title matches since winning the 1996 one-day World Cup.

“Lot of people have asked us why we have choked in the finals,” he said on Monday. “I’d rather be in that situation than being knocked out in earlier rounds.

“So that means we are doing something pretty good in these big tournaments and we hope to continue that in World Twenty20.”

Sri Lanka lost to Australia and then India in the 2007 and 2011 World Cup finals, and missed out on the World Twenty20 title when they were beaten by Pakistan in the 2009 title match at Lord’s.

Jayawardene admitted that home expectations were now sky-high that Sri Lanka were now about to end their 16-year hunt for a second world title, with the benefit of home advantage and a balanced team.

“We are one of the favorites but we are part of the pack that, you know, if we get into a good momentum we could go all the way. We cannot put the hype down in the sense that we are playing at home,” he said.

“Sri Lanka is a cricket-crazy country and the expectations would be high. People would back us so we need to enjoy that,” Jayawardene added.

And he warned that Zimbabwe, who upset Australia at the inaugural World Twenty20 in 2007, needed to be taken seriously in Tuesday’s curtain-raiser at Hambantota.

“They are a good team and can be attacking and very competitive,” said Jayawardene. “We need to be at our best and not get complacent.”

Sri Lanka’s all-round skills in batting and bowling, with unplayable spinner Ajantha Mendis back after a long injury lay-off, make them strong favourites on Tuesday.

Zimbabwe have lost their last 12 official T20 internationals, plus the two warm-up matches against Ireland and Bangladesh. But current captain Brendan Taylor was the star in the 2007 win over Australia when he hit an unbeaten fifty.

The top two teams from each of four groups will advance to the Super Eight stage, a week-long race to the semis and final, which is in Colombo on October 7.(AFP)