Hosts Sri Lanka open cricket's World Twenty20 against Zimbabwe Tuesday, kicking off the country's biggest ever sports event -- and just three years after the end of a bloody civil war. 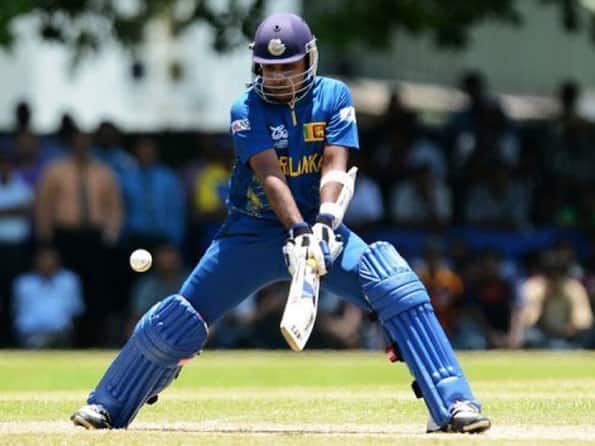 Hosts Sri Lanka open cricket’s World Twenty20 against Zimbabwe Tuesday, kicking off the country’s biggest ever sports event — and just three years after the end of a bloody civil war.

Mahela Jayawardene’s men will take the field in Hambantota, the southeastern home town of President Mahinda Rajapakse, with hopes high they can end a 16-year wait for their second global title in front of their cricket-obsessed fans.

The match, at 7:30 pm (1400 GMT), starts a three-week cricket fiesta involving 12 teams in coastal Hambantota, hill town Pallekele and the capital Colombo, where the fourth World Twenty20 champions will be crowned on October 7.

The tournament offers the “Teardrop Island” the chance to showcase its lush landscapes, beaches and temples, and turn the page on the 37-year ethnic conflict that claimed up to 100,000 lives.

“The T20 World Cup programme will provide an excellent platform to endorse the new Sri Lanka brand during the next three weeks,” said Nivard Cabraal, the central bank governor.

“I am confident that this trend will continue in the future and those so-called international calls for (war crimes) investigation will fade away,” he told AFP.

Sri Lanka starts the tournament as marginal favourites, although predictions are notoriously difficult in cricket’s shortest format, which has revolutionised the sport and divided opinion since its introduction in 2003.

Home advantage will help the hosts, who have a well-balanced side including the newly crowned cricketer of the year, wicketkeeper-batsman Kumar Sangakkara.

Sri Lanka won the 50-over World Cup in 1996 and has reached the tournament’s two most recent finals, along with the 2009 World Twenty20 title match which they lost to Pakistan.

“Lots of people have asked us why we have choked in the finals,” skipper Jayawardene said. “I’d rather be in that situation than being knocked out in earlier rounds.”

Defending champions England arrive with a youthful squad shorn of star batsman Kevin Pietersen, who is in international exile after a sequence of bust-ups with team management.

South Africa, the number one Test team, are seeking their first ever limited-overs world title, while the powerful West Indies would be a popular winner. The World Twenty20 is the one major trophy to elude Australia.

India, schooled in Twenty20 cricket in the lucrative Indian Premier League, won the inaugural event in 2007, while mercurial Pakistan will hope to reprise their 2009 title run.

The teams have been divided into four pools of three for the preliminary league, with the top two from each advancing to the Super Eights round.

If the seeding goes to plan, fans can expect exciting cricket in the Super Eights — a week-long race to the semis and final.

England, the West Indies, Sri Lanka and New Zealand are seeded to meet in group one of the Super Eights, with the top two teams making it to the semi-finals.

Group two is already being billed as the “Group of Death”, with arch-rivals India and Pakistan seeded to face Australia and South Africa. (AFP)