The ICC while launching an investigation, said that the news network was refusing to share the unedited footage of the sting, a claim also reiterated by the Boards of England and Australia.

The International Cricket Council (ICC) says it will meet representatives of the channel that claims to have unearthed ‘spot-fixing’ and ‘pitch-fixing’ in Test matches through a sting operation, insisting that the allegations will not be brushed under the carpet.

The Qatar-based Al Jazeera has claimed that pitches of matches involving India, Sri Lanka, Australia and England were doctored at the behest of match-fixers.

The ICC while launching an investigation, said that the news network was refusing to share the unedited footage of the sting, a claim also reiterated by the Boards of England and Australia.

“I am always concerned if people are talking about fixing in cricket. I am a little perturbed by any accusation that we would attempt to sweep it under the carpet, or pretend that nothing has happened,” Richardson was quoted as saying by ‘The Independent’.

“So we will investigate fully. We are meeting with them (Al-Jazeera) in the next couple of days,” he added.

Richardson admitted that various Twenty20 Leagues, operating at the lower level, could be easy target for corrupt activities since stringent rules make it difficult to approach international stars.

“It would be very surprising if international cricketers were able to be got to. And therefore, because that target has been hardened, these guys are now trying to create their own leagues, at a much lower level.

“So what we need to make sure is that anyone staging a T20 domestic tournament especially televised that they have in place minimum standards. To make sure they have an anti-corruption code in place, that all the players are educated, and that we are monitoring the franchise owners, the people involved in the tournament, doing due diligence,” said.

Talking about doping in cricket, Richardson said the WADA-compliant ICC tries to keep the game clean but also stressed that cricket was not the kind of sport in which the participants would feel the need for performance-enhancing drugs.

“The nature of cricket hasn’t made doping a high risk. To run between the wickets that fraction of a second faster: historically, cricketers haven’t felt the need to bolster their performance by using performance-enhancing drugs.

“Having said that, with T20 coming to the fore, we recognise that potentially it could become a bigger risk going forward. Slowly and surely, you’ll see the volume of tests that we conduct increasing,” he added. 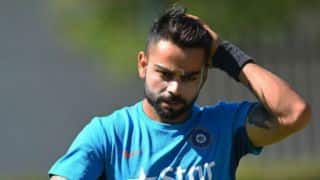