From the 32 teams, the top eight teams will directly qualify for the ten-team World Cup, but the other five will be involved in another qualifying process.

The International Cricket Council (ICC) on Saturday during its Board and Committee meetings in Singapore tweaked the qualification procedure for the World Cup which will be implemented in the 2023 edition that will be held in India.

According to a media release issue by the ICC, a three-step process has been included where 32 teams will participate in qualification levels involving 372 matches overall that will begin from July 2019 till May 2022.

From the 32 teams, the top eight teams will directly qualify for the ten-team World Cup, but the other five will be involved in another qualifying process. The new step taken will ensure more number of ODI matches with the seven Associate Members.

“To date the World Cricket League has played an important role in improving standards in Associate Member cricket, but feedback from our consultation with Members clearly articulated the need for more frequent playing opportunities and greater certainty over when they would be playing, ICC’s CEO Dave Richardson said.

“The new structure significantly increases the number of matches and competitive playing opportunities for our Members as well as shortening the whole qualification process to two and a half years, when previously it was six. There is a clear pathway now for teams looking to qualify for the ICC Men’s Cricket World Cup.

No call was taken on more Associate Members gaining Test status after the ICC decided that it will ask its members if they would be interested in continuing to play multi-day cricket such as the Intercontinental Cup.

“Following consultation with Members, it has been agreed in respect to multi-day cricket, that the ICC will now seek Expressions of Interest from Members who have previously competed in the I-Cup and / or World Cricket League Championship, who are keen and committed to playing the multi-day format. Following this, a structured multi-day competition on a cost-sharing basis will be proposed giving Members the choice of playing longer form cricket,” ICC stated.

For the Women s World Cup, all ten teams will be part of the ICC Women s Championship, beginning after the 2021 World Cup. Earlier, only the top eight teams were granted participation leaving out ninth and tenth ranked Bangladesh and Ireland.

The qualification process for the 2021 Women s World Cup also has been changed. The top five teams will gain automatic entry including the hosts, as opposed to the existing rule of four teams. The tournament will remain an eight-team affair. 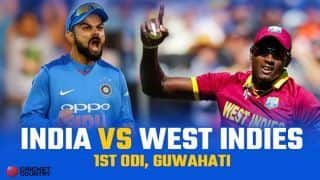