Australia will take on West Indies while South Africa will play Afghanistan in the quarter-finals.

Three-time former champions Australia and two-time runners-up South Africa will be the favourites to advance to the ICC Under-19 World Cup semifinals when they feature in Sunday’s quarterfinals.

South Africa, losing finalists in 2002 and 2008, will travel to Sharjah Cricket Stadium to square-off against underdogs Afghanistan, whose best result in the previous two appearances has been a 10th position in the 2012 edition in Australia.

The winners of Sunday’s quarterfinals will lock horns in the second semifinal on Wednesday.

Australia and the West Indies will come into the quarters, both having lost a group match. Australia was upset by Afghanistan in Abu Dhabi by 36 runs while the Windies lost to South Africa on the opening day of the tournament by 94 runs. However, Australia dominates the West Indies in the tournament, having won all their past six matches.

In the three group matches, Australian batsmen Jake Doran and Matthew Short have been in-form, having scored 164 and 137 runs, respectively. Fast bowler James Bazley, with six wickets, has been the most successful Australia bowler, though Ben Ashkenazi showed glimpses of brilliance when he took a hat-trick in the must-win match against Bangladesh.

Tagenarine Chanderpaul, with 177 runs, is the lead run-getter for the Windies. Nicolas Pooran, with 106 runs, is the other batsman to reach three figures. Jay Jordan, with seven wickets, has so far enjoyed a good run with the ball while Jerome Jones and captain Ramaal Lewis have claimed five wickets apiece.

“It’s good to get through the group stages and we’re looking forward to taking on the West Indies. We’ll look to maintain our discipline, particularly winning the middle overs, and at this stage we’re taking every game as it comes,” Australia captain Alex Gregory said.

West Indies captain Lewis admitted his side will have to be at the top of their game to overcome Australia.

“Australia was the runner-up last year and it has been doing well in youth cricket over a period now. We will have to do our best to win against them. You can’t take anything for granted now, every team is tough so you have to go to try and win each game,” said Lewis.

Meanwhile, the focus will be on Afghanistan when they take the field against South Africa in the familiar territory of Sharjah. The senior Afghan boys will also feature in next month’s ICC World Twenty20 in Bangladesh and have also made history by qualifying for the 2015 ICC World Cup.

These facts will provide impetus to the young guns who defeated Australia last week and then blazed to victory against Namibia by four wickets when they achieved the 192-run target in 26 overs with 130 runs coming off boundaries.

With nothing to lose, the Afghan lads are likely to play their natural game and hope for a favourable result. But South Africa cannot be taken lightly as they seem to be the side which has all their bases covered.

In Yaseen Valli, South Africa has a batsman who has impressed everyone with his patience, shot selection and range of strokes. He has scored 208 runs with a century and two half-centuries. Captain Aiden Markram struck form at the right time when he scored 120 not out against Zimbabwe in the final league match.

In the bowling department, pacer Justin Dill has shown a lot of promise and fire and has taken six wickets while Yalli has complemented his 208 runs with six wickets. Left-armer Kagiso Rabada has been impressive though he has managed only five wickets. 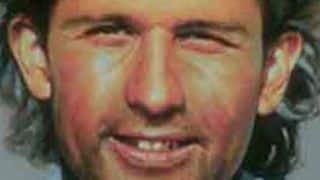 Raman Lamba's death: A tale of determination and brilliance ending in tragedy