India's U-19 team have lifted the World Cup thrice; joint most alongside Australia.

StarSports’ tagline for the upcoming ICC U-19 World Cup, in early 2018, is Champions are born here. Rightly so, this is the platform wherein younger generation express themselves and show their talents to the cricketing world in a major event. It serves as a dress rehearsal ahead of the challenges that lies ahead in international arena.

The 12th edition of U-19 World Cup (to be held in New Zealand) will commence from February 13, 2018. Meanwhile, runners-up (and joint most successful team in tournament’s history), India have announced a 15-member squad. Prithvi Shaw, the 18-year-old, has been named captain, and will be striving hard to claim the title for the country for the fourth time.

A preparatory camp will be held in Bengaluru from Dec 8-22, 2017. Mumbai’s Shaw and Bengal’s Porel have been permitted to join their respective Ranji Trophy sides for the quarterfinal stage and will join the camp on 12th December.

Rahul Dravid-coached India are placed in Group B alongside Zimbabwe, Australia and Papua New Guinea. India open their campaign against Australia on February 14. 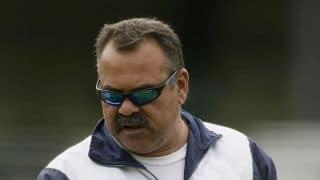