India and Bangladesh feature in the last quarterfinals of the ICC Under-19 World Cup 2018 on January 26.

Queenstown: Having finished the group stages with three impressive wins, India are one of the firm favourites to lift the ICC U-19 World Cup and captain Prithvi Shaw said he needs support from all his players in realising the dream. India opened their Group B campaign with a 100-run victory over a formidable Australian side, a match which was surprisingly one-sided between the two three-time champions, and then completed a clinical 10-wicket victories over Papua New Guinea (PNG) and Zimbabwe, while also trying out their players.

India captain Shaw and Manjot Kalra opened the innings in the first two matches while they opted for Harvik Desai and Shubman Gill for the final league match against Zimbabwe. “Our first eleven is still not fixed. It’s a team game and we need the support of all 15 players throughout the tournament,” said Shaw. Shaw is highly impressed with left-arm spinner Anukul Roy who grabbed 10 wickets so far, putting him at the top of the list of successful bowlers.

“Our spinners know how to take wickets, even in the power-play. Anukul takes wickets whenever we need them and he knows how to control the situation, understands what I need him to do,” Shaw said of Roy, who is one of three in the Indian team who bowl left-arm spin, the others being Abhishek Sharma and Shiva Singh.

Besides India, England and New Zealand have won all their three games and are among the teams keeping their options open for the knockout stage which sees the top two sides from each of the four groups in the Super League, while the remaining eight are in the Plate League.

It has not been much different for the fourth group toppers, Pakistan, who too have tried their bowling combinations but probably did not have enough leeway owing to their early loss to Afghanistan.

According to the tournament playing conditions, in case any quarter-final match ends in a tie, abandoned or if the match is a no-result, the team that finished in the higher position in the group stage will proceed to the semi-finals. 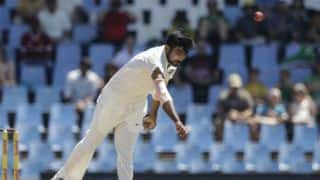 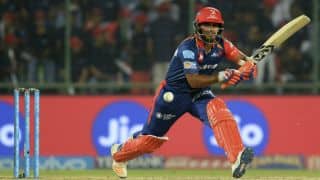