Put into bat, India rode on half-centuries by captain Priyam Garg (56), opener Yashasvi Jaiswal (59) and wicketkeeper Dhruv Jurel (52 not out) as they posted 297 for the loss of four wickets in the allotted 50 overs. 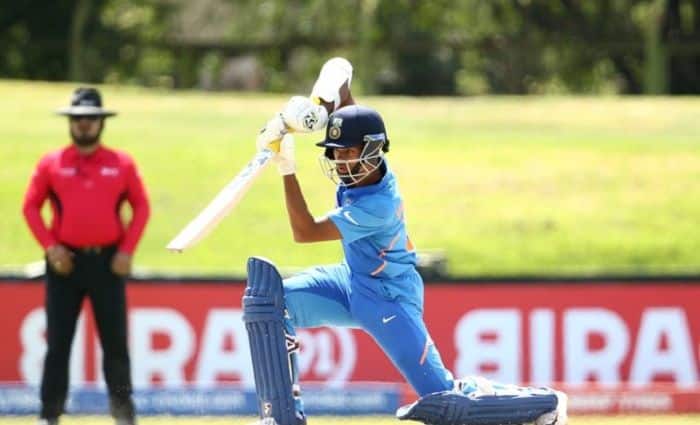 Defending champions India began their title defence with an emphatic 90-run win over Sri Lanka in a Group A match in the ICC U19 World Cup 2020 at Bloemfontein (South Africa) on Sunday.

Put into bat, India rode on half-centuries by captain Priyam Garg (56), opener Yashasvi Jaiswal (59) and wicketkeeper Dhruv Jurel (52 not out) as they posted 297 for the loss of four wickets in the allotted 50 overs.

Mumbai batsman Yashasvi and his other opening partner Divyansh Saxena laid the platform with a good 66-run partnership. The latter was the first to depart to Amshi de Silva for 23 in the 12th over. Yashasvi and Tilak Verma then put up 46 runs for the second wicket. However, just after Yashasvi brought up his fifty, he was dismissed by Dilshan Madushanka for 59 his innings laced with boundaries.

Captain Priyam found able support from Tilak as they forged a partnership for the third wicket this one yielding 59 runs. However, just the duo were beginning to shift to the next gear, Tilak falls four runs shy of his fifty after he was stumped by Kamil Mishara which handed Ashian Daniel his first wicket in the 32nd over. Tilak smashed three boundaries in his 53-ball stay at the crease.

Priyam and an unbeaten fifty from wicketkeeper Dhruv saw India post a sizeable score. The Indian captain fell to Kavindu Nadeeshan in the 43rd over his 72-ball 56 studded with just the two boundaries. Dhruv’s 48-ball stay saw the young glovesman smash six boundaries and one six.

In reply, Sri Lanka were bowled out for 207 with spinners Siddhesh Veer and Ravi Bishnoi getting two wickets apiece at the Mangaung Oval here. 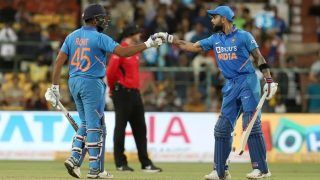 Rohit Sharma: Virat Kohli And I Knew We Had to Get a Big Partnership